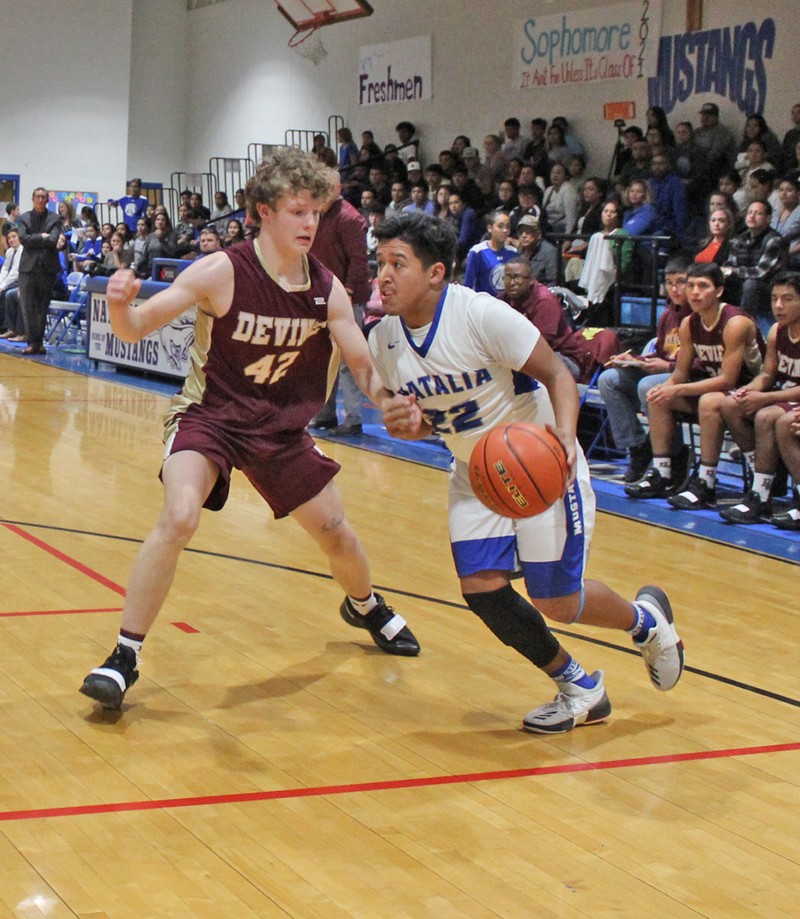 The Pleasanton Eagles (15-1) jumped on the Natalia Mustangs in the opening quarter and never looked back in their lop-sided victory in Atascosa County on December 11th. The Eagles finished with four players in double digits scoring wise, as Jared Stallworth was the lone Mustang to do so.
“We got off to a slow start defensively and allowed a season high 31 points in the 1st quarter,” Coach Justin Welsh said. “We have to find a way to get off to better starts.”
The state ranked Eagles did not disappoint, as they used four players to combine for the 31 point effort. On the opposite end of the court, Stallworth scored six of Natalia’s nine first quarter points.
In the second quarter, Natalia fared better defensively and slightly better on offense. P-Town still managed to out-score Natalia 19-11 en route to a 50-20 lead at the half.
In the second half, Pleasanton eased past Natalia out-scoring them 18-11 in the 3rd quarter before Natalia held a final 11-10 edge in the 4th. That resulted in a lop-sided 78-43 victory for the Pleasanton Eagles.
“After we settled in, I felt like we played pretty well against this talented 4A state ranked squad,” Welsh said, referencing the fact they were only outscored by 13 points in the final three quarters.
Scoring leaders- Stallworth 16, Daniel Ramirez 7, Jimmy Ray Gutierrez 5, Matt Contreras 5.
By Eric Smith