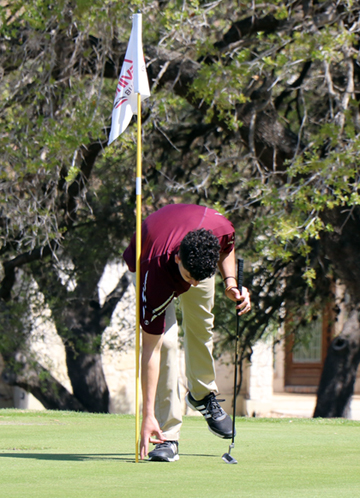 Even though the Devine Arabian and Warhorse golf teams earned District Championships last week, they were able to get in an additional tournament due to the weather-canceled meets a few weeks ago.
Pleasanton was the host even though the tournament was played in Floresville at River Bend Golf Club this past Monday.
The Arabians shot a team-score 421 with Emily Faubel shooting an 80 to earn 2nd place medalist. Lillian Steele nearly cracked 100 with a 104 while Sidney Weyel (117), Reese Duncan (120), and Raynee Allen (122) were not too far behind.
Brian Schaefer led the Warhorses with an 83 while his brother Victor shot a 91. Cody Trammell (98), Jonathon Gelinas (107), and Colin Dishman (109) rounded out the 379-team score. Mason Martinez played as an individual medalist and shot a 109.
By Jerel Beaty
Staff Writer