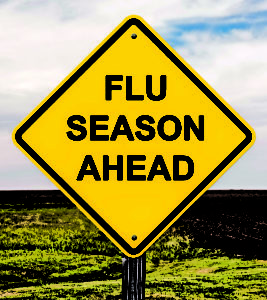 The flu hit us hard this year and Devine ISD is no different. Devine Health Services Coordinator reported as many as 51 absences on a single campus on one given day, though we can’t confirm they were all due to flu.
“This was before Christmas break at the elementary campus when the flu was really bad. We don’t normally see that many in one day, but the flu was really bad before the Christmas break,” said Britny Stricker, RN/Devine Health Services Coordinator. “The flu in Devine schools this year has been pretty bad. We have had a lot more cases this year than last year and it started earlier this year. A bunch of these students had received their flu shot, but still got the flu, as is the case with most of the United States. We had 50 employees/spouses/children that were vaccinated this year with the flu shot here at our in house flu clinic.”
The long Christmas break came just in time, seeming to give much needed relief from the spread of flu in school.
“Flu seemed to be really bad in December and right around the Christmas holiday, and when we returned it was much better. We have had some cases in the New Year, but definitely an improvement from the end of 2017,” Nurse Stricker added. “It seems like it may be on a downward spiral now hopefully.”
However, they are now seeing a lot of reports of respiratory infections that “mimic the flu”.
“We strongly encourage our parents to please keep their child home if they are running a temperature greater than 100 and strongly encourage them to be evaluated for flu if they are have the common signs and symptoms,” Nurse Stricker said. “We are hoping to continue to see a decline in cases over the next few weeks to a month.”