The Devine City Council postponed a decision on whether to allow David Ehlinger’s Aviation Fuels, Inc. to sell fuel at the Devine Municipal Airport in the Regular meeting held last Tuesday, Feb. 20.
Ehlinger has been pursuing permission to sell fuel at the airport since 2016. The Airport Advisory Board voted unanimously to recommend he be allowed to do so at the Nov. 14, 2016 meeting. Council voted unanimously to enter into contract negotiations with Ehlinger on Nov. 15, 2016. Erich Ehlinger then asked for and was granted a postponement at the Jan. 24, 2017 meeting. Since that time, the issue has been bogged down with disagreements over what is required to move forward with the project.
Ehlinger said that City Attorney Tom Cate had given him a handwritten list of things he had to do before contract negotiations could continue, including what he called, “an environmental surface survey of dirt.”
“I said no, I think we’ve got that backwards,” Ehlinger said. “I said, why would I want to do the environmental surface survey and not know that I’m going to get permission to sell fuel? Nobody would in fact want to pour money into another location and not have the opportunity to get revenue out of that. It makes no sense.” 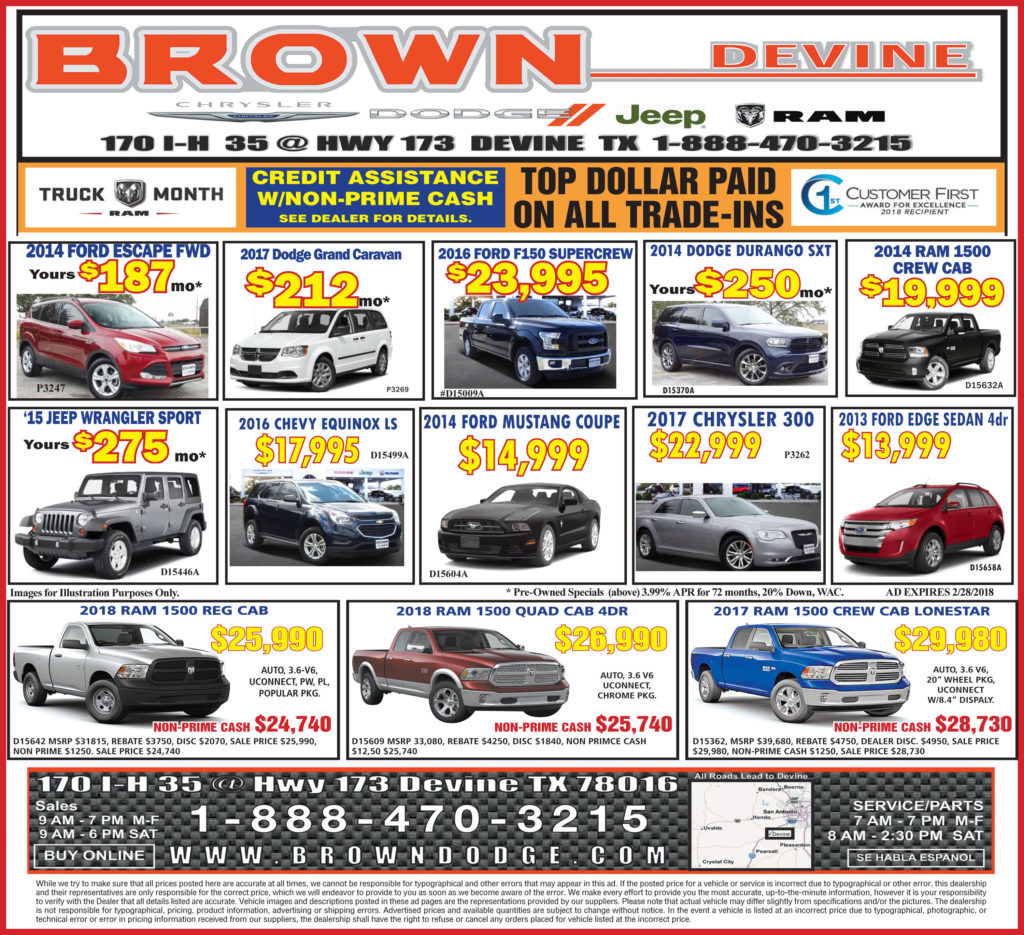 Cate read out some of the other requirements, which included demonstrating a satisfactory arrangement with a reputable aviation petroleum supplier and distributor, a spill prevention contingency and control plan, fuel quality procedure, record keeping and emergency response procedures for fuel spills and fire, among other things.
“Have you done everything that Tom asked?” Mayor Bill Herring asked.
“It’s not required to be done before you get permission and expend bunches of money in order to do that,” Ehlinger said. “On the environmental ground study, are you requiring that before you give me permission, or are you requiring that and hinged upon the results of that study, if it clears, do I have permission to proceed forward? And if that’s the case, I’m all for it. But I’m not going out there to spend $10,000 and not get anything in return on my investment.”
Another stumbling block is Ehlinger’s proposed location for a fuel farm.
“The TxDot people said that they were not satisfied with where the location of the fuel farm was proposed,” Cate said. “They want an engineer to sign off on that.”
Ehlinger said he thought it should be the City’s responsibility to find an engineer who specializes in airports to approve a location.
Herring asked if the City should have a long-range plan for the airport before considering a fuel system.

Grayson Cox, a project manager with KSA Engineers who specializes in airport projects and is working with the City and TxDot Aviation on ways to improve Devine’s airport, said he thought it was a good idea.
“Planning an airport almost always has a financial and business component to it,” Cox said. “And so kind of understanding the financial impact to the airport, to the city, of having your own fuel system versus having a third party operate fuel on the airport is something that you need in order to make an educated decision on whatever proposals come up, now or in the future.”
Cox added that the Devine airport doesn’t have much property available, and that it’s important to make sure the location of a fuel system doesn’t create problems down the line should the airport expand.
“Without kind of a long-term vision of what development at the airport can look like, we don’t really have a good idea of where that fuel system should be located,” Cox said.
Cox said that while TxDot Aviation’s goal is for general aviation airports like Devine’s to be as self-sustaining as possible, most of them aren’t.
“We’re always looking for ways for airports to sustain themselves financially,” Cox said. “A general aviation airport that sustains itself financially is one that grows. And as it grows, it brings in more money, and those benefits start to spread out to the city, rather than the city having to put resources in.”
The City of Devine is budgeted to spend $30,000 at the airport in the 2017-2018 fiscal year. Because the City has accepted TxDot Aviation’s Routine Airport Maintenance Program (RAMP) grant, it must keep the airport in operation for at least 20 years. If not, TxDot Aviation can request to reimbursed for all the grant money the City has accepted over the years.
Currently, the City collects revenue from the airport through hangar leases. Ehlinger stated he pays $1,800 a year.
Cox said that fueling systems owned and operated by the airports are the biggest revenue source.
“Usually it starts out with a very simple add-gas setup, and the money starts trickling in slowly but surely, because fuel is absolutely required to fly planes,” Cox said. “And as you grow, those planes become larger, and planes will start buying thousands of gallons of fuel at a time.”
The Castroville Municipal Airport, which is larger than Devine’s and has a runway long enough to accommodate corporate jets, is owned and operated by the City of Castroville. In addition to 100LL (low-lead) fuel, the City of Castroville currently sells JetA fuel from a refueler truck, and is in the process of installing a JetA fuel farm. 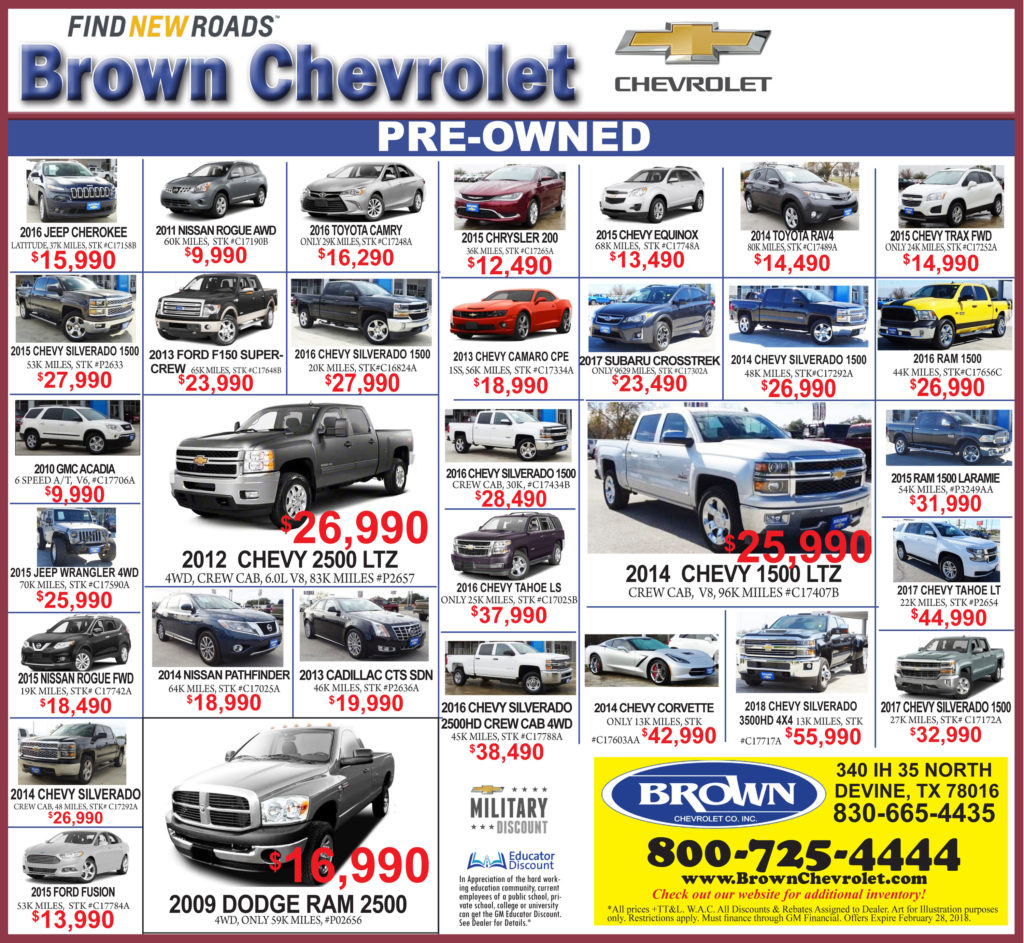 According to Ehlinger, in 2017 Castroville sold 37,561 gallons of 100LL fuel. If allowed to sell fuel at the Devine airport, Ehlinger has proposed giving the City six cents of every gallon sold.
Councilman Cory Thompson pointed out that even if Ehlinger sold 40,000 gallons of fuel, the City’s share would only be $2,400 a year.
“So we still have a loss of $27,500 that we have to discuss,” Thompson said.
Ehlinger reiterated that he is willing to do the environmental impact study once he is assured he will be able to sell fuel.
“Everybody in business expects to get a return on your investment,” Ehlinger said. “I’m not asking for a lot because I’m sharing it with you. I’m sharing it with the City. I’m also sharing the majority of the liabilities, the maintenance and the responsibilities.”
He pointed out that the City could sell fuel itself, but that it would require a large sum of money at the outset.
“You go build that fuel farm,” Ehlinger said. “See what kind of cost the City has to engage in to build that farm. It’s not cheap.”
A David Espinosa-Steve Lopez motion to postpone a decision until more research is done on whether the City should sell fuel publicly or allow Ehlinger to sell it privately passed 4-0. Thompson and Councilwoman Kathy Wilkins voted for the motion, and Councilman David Valdez was absent.
Espinosa later amended his motion, stating that the research should be expedited in order to give Ehlinger an answer as soon as possible. Thompson seconded the amendment, which passed 4-0.
By Marly Davis
Staff Writer