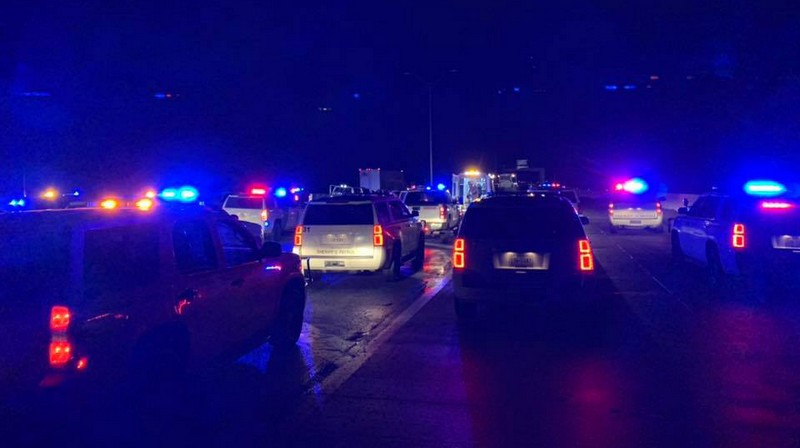 Frio County Sheriff’s office along with Texas DPS & Border Patrol entered a high speed pursuit of a stolen 2018 F350 traveling at high rates of speed up to approximately 97mph on IH 35 NB. The incident began with Laredo BP then was picked up by DPS troopers in LaSalle County near the 71 Mile Marker and didn’t end until reaching the 118 mile marker in Frio County near Moore.
The pursuit lasted over 100 miles before the truck was spiked by Texas DPS near Moore. The driver of the vehicle then lost control and wrecked out at or about the 118 mile marker near the weight station. Approximately 10 undocumented immigrants were captured after fleeing from the crash.
“The pickup truck hit the yellow plastic barriers by the weigh station, and that’s when everyone took off running. A few of the passengers were in the bed of the truck, and were treated by EMS due to the impact of the collision, but there were no major injuries that I know of,” said Frio County Sergeant Investigator Reyes Leal.
Over 10 units were involved in the chase and capture of at least 10 people including the driver as well as the illegal aliens.
One witness commented, “I saw that on my way home from SA right before it wrecked….truck was driving fast with lights off and 10 cop cars behind it! Was scary seeing that!”