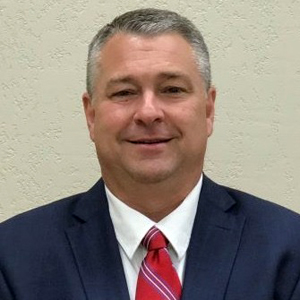 Medina County District Attorney Mark Haby has a strong message for violent criminals: Don’t try anything here.
Appointed by Gov. Greg Abbott a year ago this month, Haby has kept the county Grand Jury operating during COVID-19, and he’s keeping his staff of five prosecutors (including himself) busy with criminal cases.
“We focus on indictments for violent crimes and those who have prior criminal histories,” Haby told the News in an interview last week. “With all the growth coming this way, we need to be tough.”
By adding “enhancements” for violent crimes and repeat offenders, Haby’s team seeks heavier sentences and longer jail terms for cases that warrant them. “Violent offenses get a very close look,” he noted.
While he draws a firm line with repeat and violent criminals, Haby’s experience as a criminal defense attorney gives him a balanced perspective. He notes that his office also pursues rehabilitation alternatives and “restorative justice,” where appropriate, to young offenders who commit non-violent offenses for the first time.
The district attorney, who resides in Castroville, says that though crime rates are not necessarily going up in the county, the steady increase in population inevitably generates more criminal activity. Medina County commissioners addressed that by breaking ground last month on a jail expansion in Hondo.

A Republican running unopposed in the November election, Haby’s prosecutorial philosophy differs from big-city district attorneys who are notorious for soft-pedaling marijuana-possession cases and allowing an increasing number of criminal offenders to be released on their own recognizance.
Until Dec. 31, Haby remains the DA for the 38th Judicial District, a sprawling jurisdiction encompassing more than 3,500 square miles across Medina, Uvalde and Real counties. Next year, his office will handle Medina County cases exclusively.
Under a recent memorandum of understanding with the county, Haby’s team will prosecute all misdemeanor cases. Adding misdemeanors is a big deal, as they typically outnumber all district court cases combined.
Danny Kindred, who served as DA for 11 years and now sits as judge of the 454th Judicial District Court, says the complex transition of responsibilities and jurisdictions is going well from his perspective.
“It’s something that needed to occur. It streamlines things,” he said, praising Haby and County Attorney Kim Havel for effecting a smooth transition.
Overall, Haby said the shifting delegation of duties required few staff changes. In the new year, he expects to hire an assistant prosecutor to replace Christina Mitchell Busbee, who is running for DA in Uvalde and Real counties.
Haby, who earned both a bachelor’s degree in public justice and a law degree from St. Mary’s University in San Antonio, served as a Justice of the Peace since 2003. He also was a municipal court judge in Devine and La Coste.
By Kenric Ward
Reporter