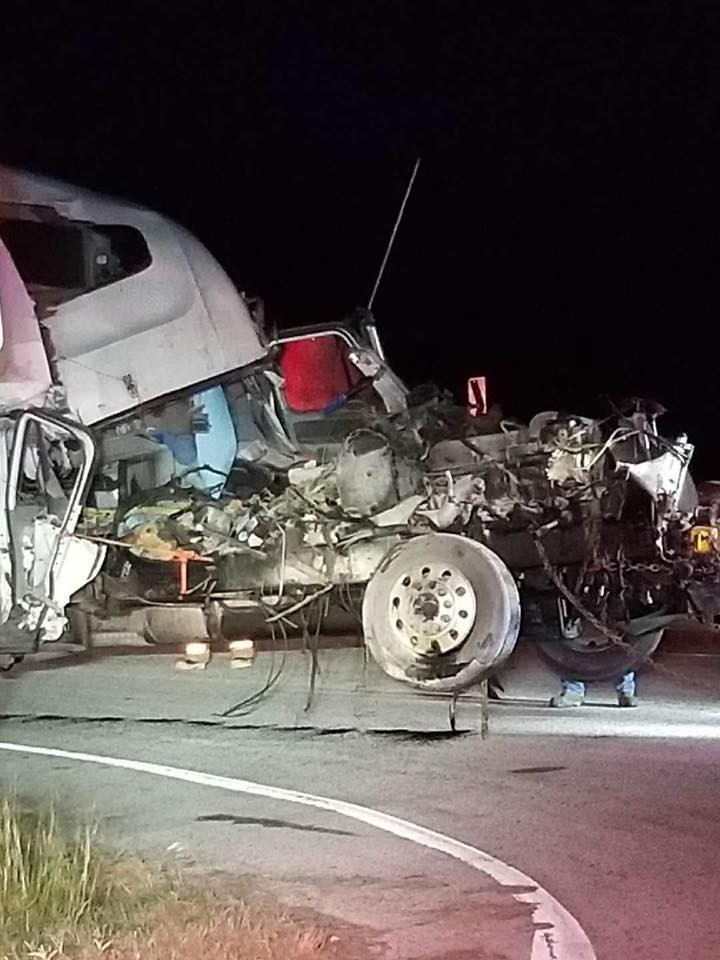 Above: The driver of the second truck was sitting in the driver’s seat right here, and amazingly survived with non-life threatening injuries.

Three big rigs collided in a nasty accident this past March 30, ripping off the trailer of one and demolishing the cab of the second truck. Amazingly, only one driver was transported with non-life threatening injuries after the cab around him was completely demolished. 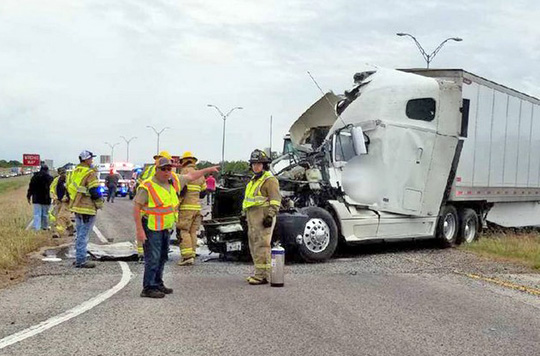 “The trailer box of the first truck was ripped off, dumping some of its load,” said Fire Chief Mike Walker. “It was full of big white bags of plastic BB’s, weighing about 2,000 each, and it appears that all that weight came down on the cab of the second truck. All that was left of the cab area was the engine, steering wheel, and driver’s seat. That’s how lucky the driver was. Somebody was watching over him.”
A small fire that broke out was put out by a passerby who had a fire extinguisher.
Walker adds, “The third truck driver had to climb out of the passenger side. The truck wasn’t driveable by any means, but it wasn’t damaged as badly as the others.”
Emergency responders were toned out for the accident on IH35 Northbound at approximately 6:10 pm.
Multiple agencies responded including Devine VFD, Allegiance EMS, DPS, Medina County Sheriff’s Office, and Devine PD. 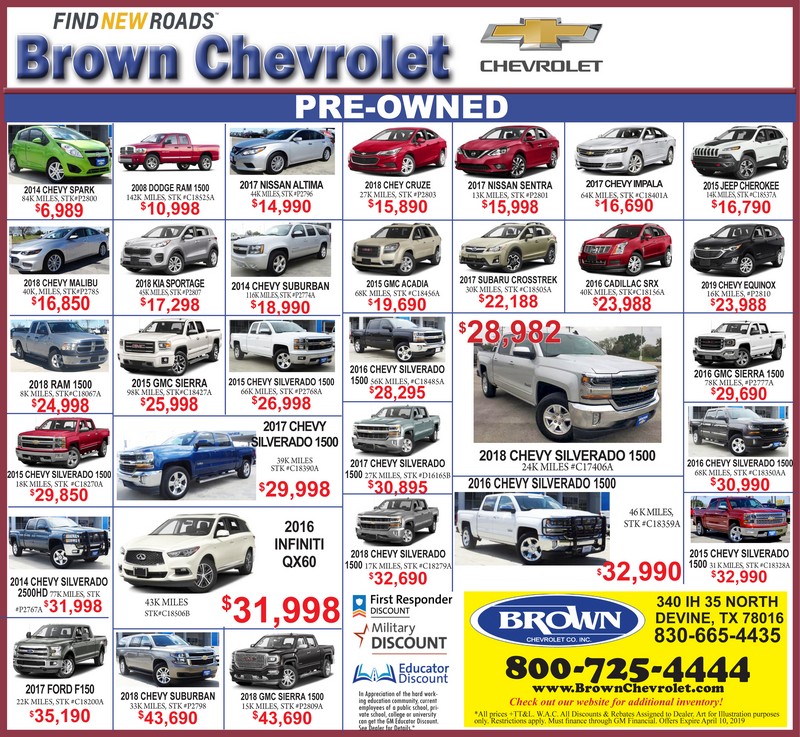