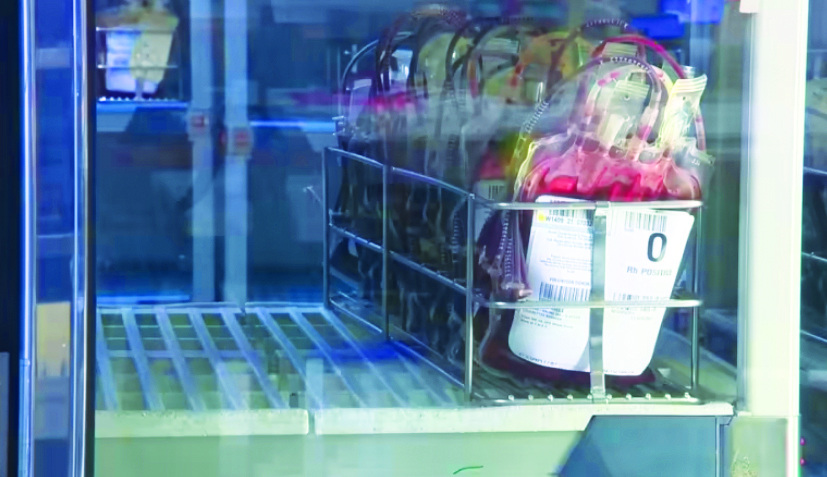 According to South Texas Blood and Tissue Center, they have rushed 25 units of low titer blood to Uvalde Memorial Hospital, plus an additional 10 units today, Tuesday May 24, which was needed in addition to what the hospital had in stock.
“Our blood supply going into this was already very fragile,” said Roger Ruiz, spokesperson for South Texas Blood and Tissue Center. “We sent those 25 low titer units, plus an additional 10, and we continue to be on standby. Keep in mind that those numbers are just units, and patients often need more than one blood transfusion.”
“We have less than a 2 day supply of blood as of now,” Ruiz said. “It all comes from the community, and when you make a donation, it is typically only 24 hours until your donation makes it to the patient.”
“All blood types are needed, but O-negative and O- positive are most needed in an emergency like this,” Ruiz adds.

Uvalde ISD went into lockdown today, Tuesday May 24, around 11:30 and notified residents of an active shooter situation at Robb Elementary shortly after.

This afternoon, the Governor addressed the state of Texas and the nation, stating that there were 14 students and 1 teacher killed in this heartbreaking incident. However, many more victims were transported to area hospitals including Uvalde Memorial, SA area hospitals, and Medina Regional in Hondo. At one point, Uvalde stated they had 13 injured victims in their care, and sadly further reports indicate there are many more injured.

Students were transferred to an alternate location. The Reunification Site for Robb Students is at the Willie DeLeon Civic Center.

SWAT teams from surrounding areas and several Airlife helicopters and EMS units were called in to help at the scene in Uvalde. FBI and the Texas Rangers were also on scene as of Tuesday evening.

Many, many units of blood was rushed to Uvalde, and there will be a mobile blood drive in Uvalde tomorrow, Wednesday, May 25.

Our thoughts and prayers are with all involved.