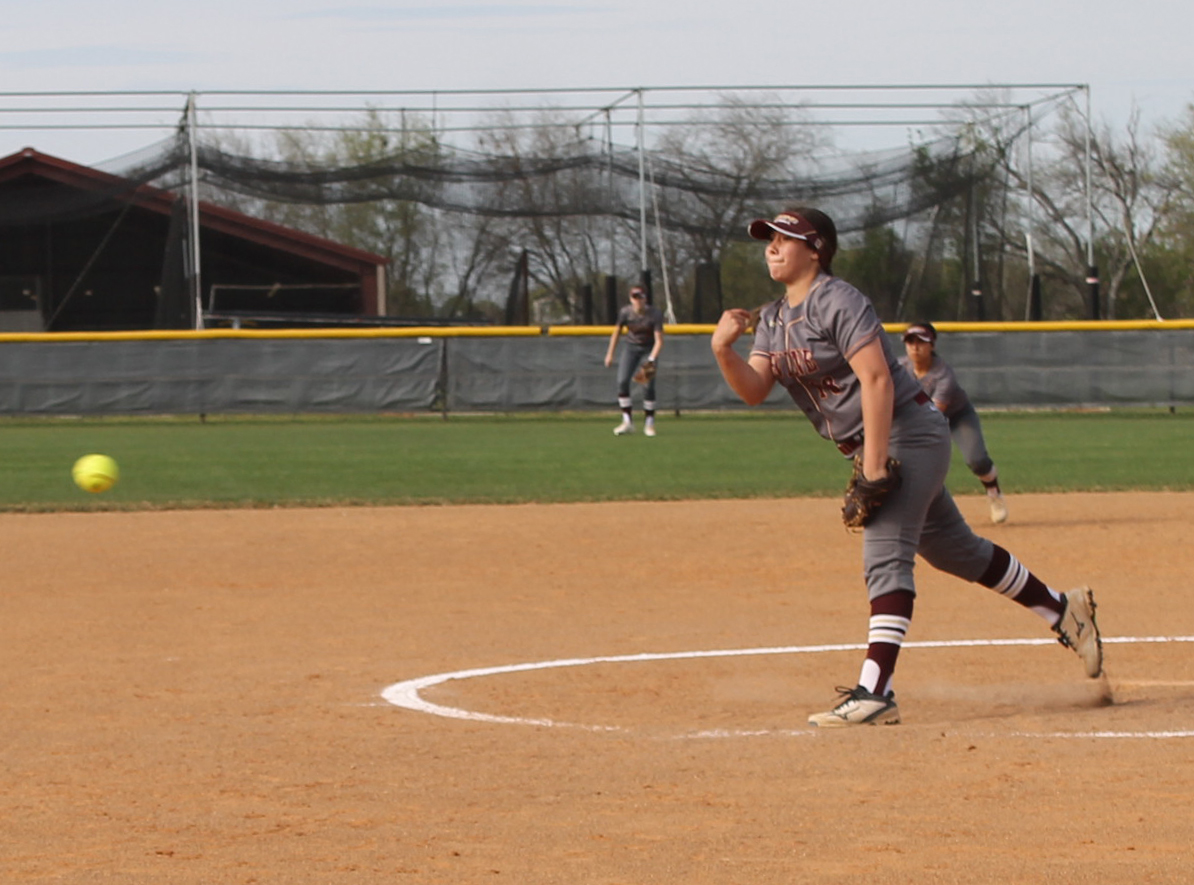 The Varsity Arabians faced Crystal City and Pearsall in their last two district games and came away with a win and a loss. Traveling down to Crystal City, Taylor Carr took the circle and Allyson Taylor behind the plate and a lot of help from the other 7 Arabians on the field, they won 14-4. The Lady Javelinas took an early 2-0 lead in the second inning. Two unearned runs crossed the plate thanks to an error and a double to left center. The Arabians responded by plating 3 runs in the 3rd when Julie Ortiz, Taylor Carr and Jeanette Rios had three consecutive hits and a sac fly by Jessie Ramirez. The Lady Javelinas scored two more to retake the lead in the fifth. The Arabian offense came storming back scoring 9 in the sixth to go up 12-4. The Arabians had 9 hits, 1 walk and an error. They scored two more in the 7th to close out all scoring for the game.
Highlights from the impressive win: Taylor Carr had a batting average of .600 with two singles and a double; Allyson Taylor went 1 – 3 with an RBI double; Janette Rios had a batting average of .600 with two singles and a triple; Kendall Arche had a batting average of .600 with three singles; Mackenzie Schneider had a batting average of .500 with two singles; Julie Ortiz had a .500 batting average with a double; Halle Hagdorn had a batting average of .500 with one single; Jessie Ramirez had a batting average of .500 with a single and a double.
“Great late game efforts by the Arabians, we never seemed to let the scoreboard control our emotions we kept pushing forward until we made things happen,” said Coach Mark Mangold.
Playing on Monday, due to the possibility of bad weather, the Arabians took the field and never really got their feet set. A Pearsall homerun and some costly errors put an early end to any Arabian ideas of another district victory. Jessie Ramirez and Allyson Taylor both had singles and Kendall Archie drove a double to the fence but that would round out all the Arabian hits.
“Sometimes things go your way and sometimes they don’t, tonight they didn’t. Simple mistakes cost more against good teams we will have to be better next time,” said Coach Mangold about their first district loss. With an overall record of 16-11 and a district record of 3-1, the Arabians are half way into district play. Lytle was played last night, Carrizo Springs on Friday April 6th, Crystal City Friday April 13th and then Pearsall on April 17th.
By Dicy Chambers
Sports Writer