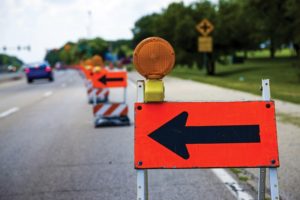 MAJOR CORRIDOR PLANS :
I-35:TxDOT and Alamo Area MPO have a partially funded plan to improve I-35 to a 14- lane expressway between I-410 N to FM 3009 (FY 2020). Additional segments through downtown are also being considered for expansion.
• US 281: Phase 1 to expand to 6-lane expressway with frontage roads between LP 1604 and Stone Oak Pkwy began in 2017. Phase 2 is planned to continue expansion thru Bexar-Comal county line, set to start Fall 2018. • Loop 1604: Currently extending four-lane expressway with frontage roads from Culebra Road to US 90 and a DLT (Displaced Left-Turn) project at SH 16 (Bandera Road). Expansion plans for the entire loop are scheduled over the next 10 years, including an expansion to a 10-lane expressway between SH 16 (Bandera Road) and Redland Road with direct connectors at I-10 in 2020.
• I-10: Ongoing expansion and improvement projects between Loop 1604 and Boerne and between I-410 and FM 1518. Future expansion and improvement plans for I-10 East are being developed from FM 1518 to Seguin over the next 10 years.
• Comal County: Loop 337, FM 306 and Hwy 46 expansion work underway.
• Construction updates available at http://txdotsanantonio.blogspot.com.