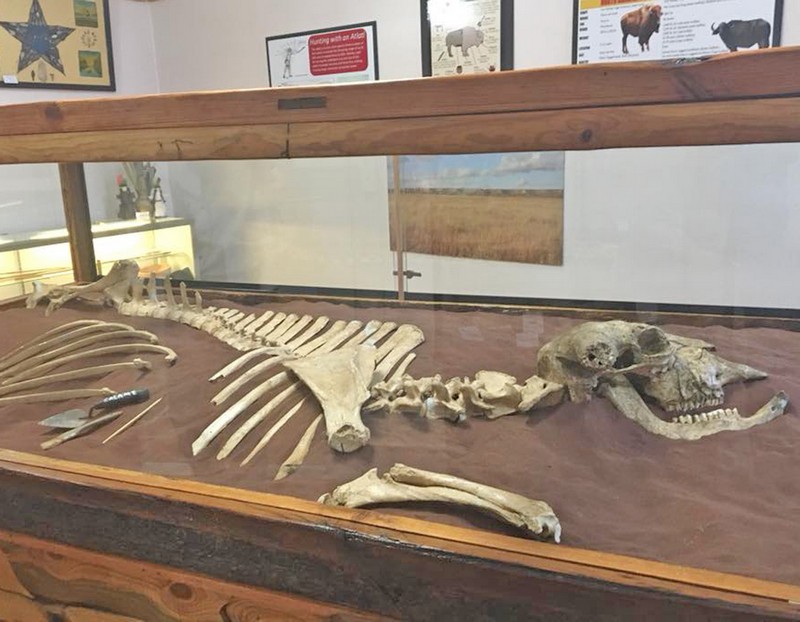 This Saturday, October 13 marked the unveiling of a special display at The Falls on the Colorado Museum in Marble Falls. It all started a couple years ago when a landowner discovered part of a bison skeleton on his property and contacted local man, David Calame, who served as the principal investigator in the excavation of the ancient bison in Burnet County. According to Calame, the bison was killed by Indians 700 years ago as evidenced by a single shattered flint arrow point found in the body cavity.
The bison coined “Rockie” made it’s “long a”weight”ed debut” during the momentous event.
“The exhibit and all the work behind it has been made possible by many generous donors and foundations. Thus, after a year of careful, often tedious, restoration of the bison skeleton…skull, ribs showing the hump and much more, Rockie is now available for public viewing in her entirety, arranged as she was excavated in a bank of Rocky Creek in Burnet County,” said excavator David Calame.

“Ken Bader, Fossil Preparator, from The University of Texas at Austin Jackson School of Geosciences Vertebrate Paleontology Laboratory, gave a presentation of his year-long ordeal of coaxing “life” back in to Rockie’s bones, and conserving them for future generations. What started out as 11 boxes of bones and bone fragments have become a full-sized display of a 700 year old bison.”
“Ryan Murray, Rockie’s discoverer, told about how he found bison bones jutting out of a bank of Rocky Creek. He and another speaker, David Calame, Sr. will discuss the long, hot excavations, the approaches used in exposing and recording the bison, review the radiocarbon dating and other special studies, as well as a theory of what caused the bison’s death around 1300 A.D. When Ryan donated the skeletal remains to the FOCM, he also provided his marvelous notebooks—records, photos, maps and other data.”
“Dr. Tom Hester, an archaeologist and FOCM board member, closed the presentation by giving the audience a brief review of where Rockie ‘fits’ within the terrain and the Native American culture that focused on bison-hunting during this time.”
“Miss Rockie” is being displayed in a 10′ x 5′ case, re-creating the dig site inside the case. The museum dedicated to preserving special pieces of history like this is housed inside a historic granite school house built in 1891, located at 2001 Broadway in Marble Falls, Texas. 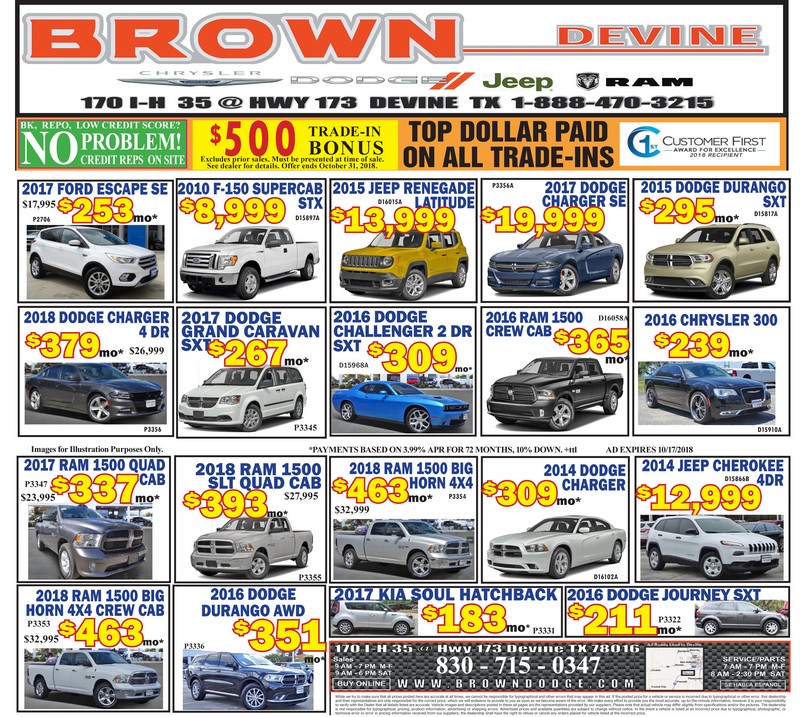 Do you have an Indian site on your land?
Are you finding arrowheads, and want to learn more? Contact David Calame. He’s always ready to document Texas’ rich history, especially in our local area.
“I have hardly ever walked 100 acres of Texas without finding at least some evidence of prehistoric man,” Calame said. “I guess Texas has always been a dang good place to live!”
He relates how his love for archaeology came about, right here in our little part of South Texas.
“I have always been interested in the past, but in 1996 I bought a small ranch in Frio County and began finding arrowheads,” David Calame said. “It was so exciting. I would walk for hours looking at the ground, flipping flint flakes, and occasionally picking up a point. About that time I got on the internet, and I came across Dr. Thomas Hester through the Texas Archaeological Society (TAS), and Dr. Hester invited me to join in the search and documentation of Texas’ past.….Since those days back in 1996, I have recorded hundreds of prehistoric archaeological sites, over a wide area of Texas, and I have enjoyed visiting with the land owners who allowed me access to their land. And with the patient, guiding hand of Dr. Hester, himself a south Texas boy, I have learned to recognize the different arrowhead types that prehistoric people have made and used over 13,000 years of Texas occupation. I also learned to flint knap (chipping flint) and spend many, many long hot days hunting down the different flint sources that the Indians used to make their stone tools. Flint knapping has allowed me to recognize what I am looking at on archaeological sites and my search for workable stone has allowed me, many times to recognize the material sources of the arrowheads land owners show me.”
You can learn more about Calame on his website www.texasarrowheads.org. You’ll find many resources and articles about ancient dig sites and artifacts found in the area including Frio and Medina Counties. One article written by Calame’s mentor, Dr. Hester, highlights a site along a small creek west of Hondo in which one of Hester’s 1987 excavations unearthed a sequence of archaic artifacts going back to around 5,800 years ago.
Hester relates that Calame has recently recorded a number of sites in the southern part of Medina County, and in the northern part of the south Texas “brush country.”
David’s son, Buddy Calame, said, “I am very proud of my dad. His archeological pursuits have undoubtedly contributed a substantial amount of data to the historical record of early human occupation in our great state and opened my eyes to the extensive early trade networks and intriguing activity that the ancients engaged in. I am very lucky to have a father who taught my siblings and me the love for hunting arrowheads, where it all began.” 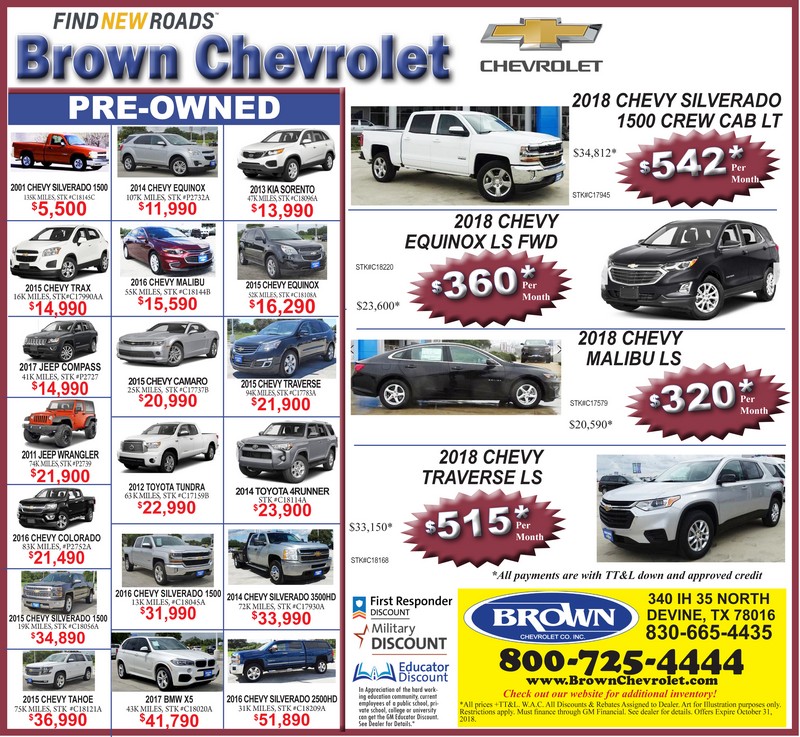