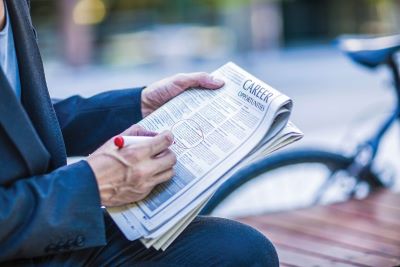 Over 5,100 people across Medina, Frio and Atascosa Counties are listed as unemployed, up from 1,890 which was the number of unemployed listed in January. Surely those numbers will have grown as the reports for the month of May come out.

“The state’s April jobless rate was 12.8% — Texas’ worst monthly tally on record. That number, included in the Labor Department’s monthly report released Friday, is the government’s clearest and most comprehensive look at the economic devastation in Texas since the coronavirus pandemic first swept the state in March,” the Texas Tribune article reported.

Unemployment rates across the US have risen to 14. 7% as of the end  of April. Unemployment during the The Great Depression was estimated at 25%.

While the Depression is widely regarded as one of the darkest times in American history, the end of some things marks new beginnings too.

In fact, my great-great-grandfather Willie Eugene and Pauline Calame traveled to Devine, Texas in the mid 1930’s shortly after the Great Depression and Dust Bowl hit, turning their family farm into a desert. They opened what is known as Calame Store, which served the community for many years.

Ironically, a great-great-grandson, Sherman Lowry Calame, re-opened the doors of that the old family business, Calame Store, about 7 months before the beginning of the nationwide pandemic struck in 2020.