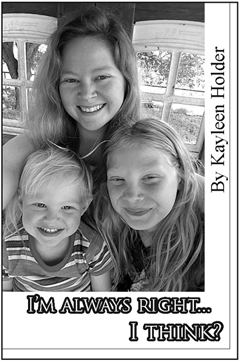 Well about two weeks after our fridge and freezers failed us, our AC decided to go out too. Thankfully, my handy dandy husband was able to fix the AC himself.
I took the kids to see the new Jurassic Park movie. That was an interesting trip. Probably my most stressful trip to the movie theatre ever. My little “Tucky T-Rex” as we call him, loves dinosaurs and he has always loved Jurassic Park movies, but he was quite the little T-Rex at the theatre.
He was fine when there was lots of dinosaur fights and action, but the first part of the movie is a lot of talk, and not a lot of action, so he was really struggling to sit still or quiet. And the theatre had those new-fangled “recliner seats” too. Once Tucker discovered that up/down button, it was over. He reclined and inclined back and forth every five minutes. Then came the point when he felt he just had to try out the three empty recliners that were beside us. I knew there was a good reason I chose to sit in the back of the theatre!
I have never attempted to try to make my 4 year old sit perfectly still for a 90 minute movie before, but I thought this was the one movie he would be entertained enough to watch in the theatre.
I guess that’s what I get for thinking.
I have however, enjoyed watching Tucker act out all kinds of dinosaur scenes with his toys at home. He has grown quite the imagination, and he is in that phase where he is giving each one of his dinosaurs a different funny little voice. The other day I was watching him as his stegosaurus “talked” to his T-Rex and only God knows whata-saurus. I can’t ever remember all those dinosaur names. But soon, a pterodactyl bird came flying in and stopped right above the T-Rex’s head as Tucker deliberately made pterodactyl farting noise. He had no idea I was watching him play, but I busted out laughing at that point. I have never much enjoyed farting humor, but then again, I’ve never heard a pterodactyl fart before! It was pretty funny to hear Tucker’s version of a pterodactyl fart when he thought no one was watching him. Boys will be boys, and it’s pretty dang funny.
I won’t be going to any movie theatres for a while, but his little play acting is way more entertaining than Jurassic Park anyway! And the popcorn is cheaper at home too!