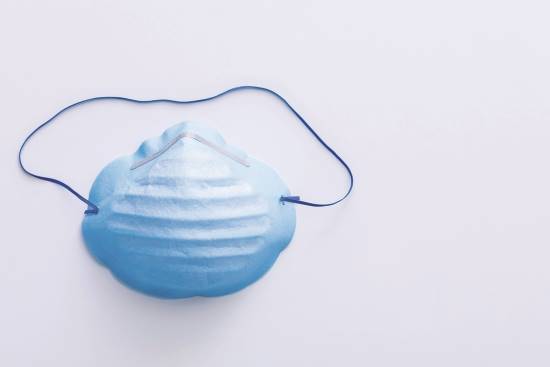 Around 7% of Medina, Atascosa County residents have been able to get fully vaccinated

The latest governor’s order is set to go into effect on Wednesday, March 10 at 12AM. A press release from the governor states Governor Greg Abbott today issued an Executive Order (GA-34) lifting the mask mandate in Texas and increasing capacity of all businesses and facilities in the state to 100 percent. The Governor made the announcement in Lubbock, citing that 5.7 million vaccines have been given in Texas. Locally, less than 7% of Medina County residents over the age of 16 have been vaccinated. That’s about 2,900 fully vaccinated out of 41,200+ people in Medina County who are over the age 16. Atascosa County is in a similar boat with around 7% of residents fully vaccinated. In Atascosa County, about 2,800 people out of 38,700+ have been fully vaccinated.
For a long time our County did not receive vaccinations and officials are hoping to receive 300 a week now. They received some doses last week and this week, and ran out of appointments within hours as residents have been waiting for a local distribution so long. The two vaccine brands we have gotten so far, also require going back for a second dose, so the 300 vaccines a week (if they are received) must be split between 1st and 2nd round vaccines.

The local health unit stated that it is unclear how this will affect schools, and that TEA should offer further guidance to districts. An article by the Houston Chronicle states that local school boards now will have the authority to decide whether to mandate that students and staff wear masks. Some local districts such as Medina Valley ISD still have quite a few active Covid cases, 28 as of this Tuesday at MVISD for example.
In the press release from the Governor March 2nd, Abbott stated, “Make no mistake, COVID-19 has not disappeared, but it is clear from the recoveries, vaccinations, reduced hospitalizations, and safe practices that Texans are using that state mandates are no longer needed. Today’s announcement does not abandon safe practices that Texans have mastered over the past year. Instead, it is a reminder that each person has a role to play in their own personal safety and the safety of others. With this executive order, we are ensuring that all businesses and families in Texas have the freedom to determine their own destiny.”
During his remarks, the Governor discussed the incredible advancements that Texas has made that allow the state to open fully and lift the mask mandate—noting the rapid increase of vaccines. Nearly 5.7 million vaccine shots have been administered to Texans, and the state is now administering almost one million shots each week.
About 6.5 % of Texans had been fully vaccinated as of last weekend according to the Texas Tribune.
Abbott stated that over half of seniors in Texas will have received a vaccine shot by next Wednesday. By the end of March, every senior who wants a vaccine should be able to get one. The vaccine supply continues to increase so rapidly that more and more Texans will soon be eligible to receive a vaccine, the Governor states.
Locally, in Medina County, officials are hoping that we get at least 300 vaccines per week, which will go toward 1st and 2nd round vaccines for some of its 41,000+ residents over the age of 16.
Governor’s thoughts…
The press release adds: The Governor noted that Texas has a surplus of personal protective equipment and can perform over 100,000 COVID-19 tests a day. The state has invested in a variety of anti-body therapeutic drugs that have kept thousands of Texans out of hospitals. Texans have also adopted daily habits that reduce the risk of COVID-19 exposure and infection. More than 2.5 million Texans who were lab confirmed for COVID-19 have recovered since the beginning of the pandemic, and experts note the total number of Texans who have recovered from COVID-19 is likely 4-5 times that amount. The number of active COVID-19 cases is the lowest since November—meaning more Texans are recovering from COVID-19 than contracting it.

This executive order rescinds most of the Governor’s earlier executive orders related to COVID-19. Effective next Wednesday, all businesses of any type may open to 100% capacity. Additionally, this order ends the statewide mask mandate in Texas. Businesses may still limit capacity or implement additional safety protocols at their own discretion.
If COVID-19 hospitalizations in any of the 22 hospital regions in Texas get above 15% of the hospital bed capacity in that region for seven straight days, a County Judge in that region may use COVID-19 mitigation strategies.
CDC director’s thoughts…
CDC director Rochelle Walensky warned states on Monday that “now is not the time” to lift public health restrictions, as the recent dramatic declines in coronavirus cases and deaths “appear to be stalling.”
“With these new statistics, I’m really worried about reports that more states are rolling back the exact public health measures we have recommended to protect people from COVID-19,” Walensky said at a press briefing with CNBC.
“I understand the temptation to do this. … But we cannot be resigned to 70,000 cases a day, 2,000 daily deaths,” she continued. “At this level of cases with variants spreading, we stand to completely lose the hard-earned ground we have gained..”
Texas Tribune reports…
The Texas Tribune clarified in an article Tuesday that around 6.5% of Texans have been fully vaccinated as of this past Sunday. The Tribune also reported that Texas has averaged around 200 COVID deaths per day over the past week.
Texans have been under a statewide mask mandate since July of last year. The Tribune also reported the latest survey from the University of Texas and Texas Tribune found that 88% of the state’s voters wear masks when they’re in close contact with people outside of their households. That group includes 98% of Democrats and 81% of Republicans.
We reached out to local school districts, without much time for them to gather thoughts and respond as the mandate was released on press day. We did receive a response in time for press from Devine ISD Superintendent Grandjean, who stated, “We are waiting on TEA and UIL guidance. We have already had some issues with mask wearing at local sporting events today after the Governor’s press release. We need to remind everyone that the governor’s order does not even go in effect until next Wednesday, March 10 at 12:01 AM. There is a possibility that we will need to have an Emergency or Called meeting, but for now we are waiting on guidance from the Texas Education Agency and UIL.”