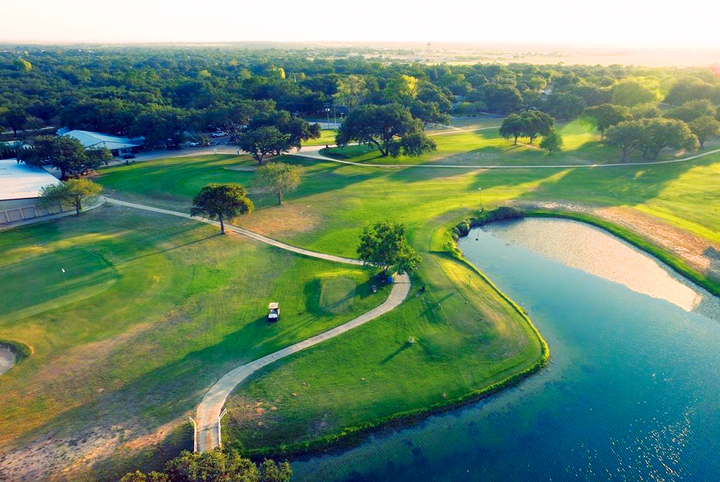 A proposition on whether to sell the Devine Golf Course will not be on the ballot in the upcoming General Election set for May 7.
The decision not to include the proposition as part of the election was made during the February 15 Devine City Council meeting after City Attorney Tom Cate said the result would be binding.
The election, which will be held in conjunction with Devine ISD, will include City Council and School Board spots.
Cate said if Devine residents voted to sell the course, it would have to be put up for sale, though that didn’t necessarily mean it would sell.
“We can’t sell it for less than what the appraised value is,” Cate said. “Somebody may not be willing to pay that much for it.”
District 5 Councilwoman Debbie Randall said that Council had moved forward with including the question of a potential sale because they thought they could make the final decision on whether to put it up for sale, a belief echoed by District 4 Councilwoman Kathy Lawler (see “Sale of golf course to be put to Devine residents in an upcoming election” in the August 18, 2021 edition of The Devine News).

“If you put it on the ballot and the citizens vote that it be sold, that’s what we have to do as Council,” Cate said. “We have to put it up. Again, we may not receive a bid for it. We can’t sell it for less than fair market value.”
“But if we do have a bid for it, we don’t have a choice,” Mayor Cory Thompson said.
“Yes, if they meet all the requirements, then we have to sell it,” Cate said.
A motion by Randall and District 2 Councilwoman Angela Pichardo to order a General Election without the golf course proposition passed unanimously with support from District 1 Councilman Rufino “Flipper” Vega, District 3 Councilman David Espinosa, and Lawler.
Council also unanimously accepted the Notice of Election and Devine ISD’s request for a joint election.
Regarding the renewal of the election contract between the entities, Cate requested the opportunity to negotiate cost sharing with DISD, because the school does not currently contribute money towards the salaries of Interim City Administrator Dora Rodriguez and City Accountant/Treasurer Denise Duffy during joint elections.
“We would like [DISD] to pay half of their salary during the election,” Cate said.
In addition to her permanent role as City Secretary, Rodriguez is also the City’s election official.
A Lawler-Randall motion to let City Hall negotiate with the school passed 5-0.
For more information on the Council and School Board elections, see separate story.
For more from the Council meeting, see separate story. The archived live stream of the meeting is available at cityofdevine.org/live-council-meetings.
By Marly Davis
Staff Writer