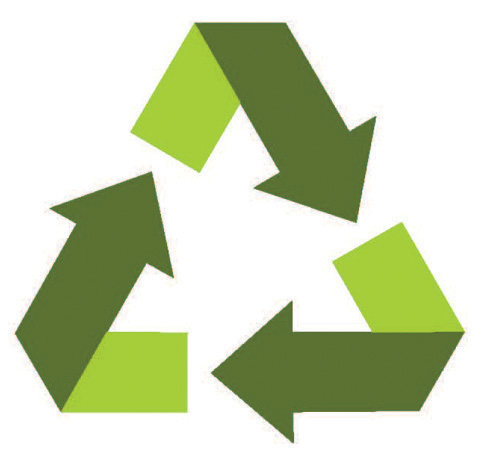 To bring awareness to America Recycles Day, November 15, the Driscoll Public Library will be accepting the following recyclables for the month of November during normal business hours of 10:00 am – 6:00 pm, Monday through Friday: Plastic bottles (#1-7), glass, paper, cardboard, and aluminum and tin cans.
All items must be clean and free of liquids. Anything dropped off after business hours will be thrown in the dumpster.
With the help of Texas State University student Jaclyn Hall-Smyth, all items collected will be delivered to Green Guy Recycling in San Marcos.
“After a trip to the Texas coast and being witness to the massive amount of plastics washed up from the Gulf waters, I was saddened and convicted to help make a change,” said Debra DuBose, Head Librarian. “I used to think that as just one person I couldn’t make a difference, but seeing how much plastic I used in one month was eye-opening.”
According to the Environmental Protection Agency, the benefits of recycling to the planet are clear. Recycling aluminum cans saves 95 percent of the energy needed to make new cans from raw materials. Recycling steel and tin cans saves 60 to 74 percent; recycling paper saves about 60 percent; and recycling plastic and glass saves about one-third of the energy compared to making those products from virgin materials. In fact, the energy saved by recycling one glass bottle will operate a 100-watt light bulb for four hours.
While critics have argued that recycling can lull the public into a false sense of security in solving all the world’s environmental problems, most experts say it is a valuable tool in the fight against climate change, pollution, and other major issues our planet now faces.

If all our newspaper was recycled, we could save about 250,000,000 trees each year! Each ton of recycled paper can save 17 trees, 380 gallons of oil, three cubic yards of landfill space, 4000 kilowatts of energy, and 7000 gallons of water. This represents a 64% energy savings, a 58% water savings, and 60 pounds less air pollution! That’s because one tree can filter up to 60 pounds of pollutants from the air each year.
Recycling 35 percent of U.S. trash saves enough energy to fuel six million homes annually, generates $5.2 billion in raw materials each year, and reduces global warming emissions equivalent to taking 36 million cars off the road. (Office of the Federal Environmental Executive, White House Task Force on Recycling, “Recycling for the Future,” June 1999)
In 2000, the national recycling rate of 30 percent saved the equivalent of more than five billion gallons of gasoline, reducing dependence on foreign oil by 114 million barrels. (EPA, “Resource Conservation Challenge: Campaigning Against Waste,” EPA 530-F-02-033, 2002)
With just these few facts in mind, please help us do our part and see how much we can recycle in just one month.
For more information on our month-long recycling program, call the Driscoll Public Library @ 830-663-2993.