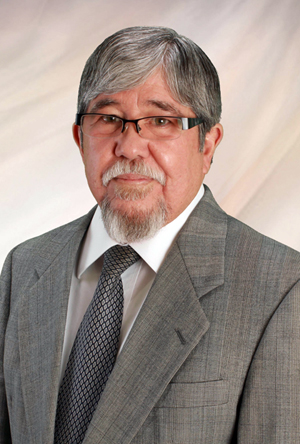 Devine City Administrator John Vidaurri resigned effective October 22, leaving City Secretary Dora Rodriguez to step into his vacated role on an interim basis.
Vidaurri’s resignation came via a letter addressed to the City Council dated October 19, the day of the Regular Council meeting. An Executive Session regarding the evaluation of the City Administrator was part of that meeting’s agenda.
Mayor Cory Thompson publicly announced Vidaurri’s departure following 40 minutes in Executive Session and read Vidaurri’s resignation letter aloud. The letter is reproduced in full below, and can also be viewed here.
“I just want to acknowledge John for his hard work [and] his professionalism,” District 2 Councilwoman Angela Pichardo said following Thompson’s reading of Vidaurri’s resignation letter. “He was extremely professional and ethical.”
A motion by District 5 Councilwoman Debbie Randall and Pichardo to accept Vidaurri’s resignation, assign the duties of City Administrator to Rodriguez, and instruct Rodriguez to begin advertising for the City Administrator position passed 5-0. District 1 Councilman Rufino “Flipper” Vega, District 3 Councilman David Espinosa, and District 4 Councilwoman Kathy Lawler all voted for the motion.
Rodriguez has served concurrently as City Secretary and City Administrator before, most recently following the termination of former City Administrator Joe Ramos in June 2016.
She held both positions until Viduarri began work as City Administrator on May 3, following his hiring on April 6.
Both Vidaurri and Ramos lasted just six months with the City of Devine.
The next Regular Council meeting is scheduled for November 16.
Vidaurri’s resignation letter
To: Devine City Council
From: John F. Vidaurri, City Administrator
Subject: Resignation
Date: October 19, 2021
With deep regret, I tender my notice of resignation effective Friday, October 22, 2021. I wish to thank those of you that supported me during my brief tenure with the City of Devine as well as the City staff who day in and day out work diligently with limited manpower, resources and a deteriorating infrastructure to get things done. To that end, I meritoriously commend staff for their hard work and effort to deliver public services that benefit the community.
Due to health issues, I will not be attending the City Council meeting of October 19, 2021.
Best of everything for the City of Devine, its elected officials, its dedicated City staff, and its citizens.
Respectfully submitted,
John F. Vidaurri
City Administrator
By Marly Davis
Staff Writer