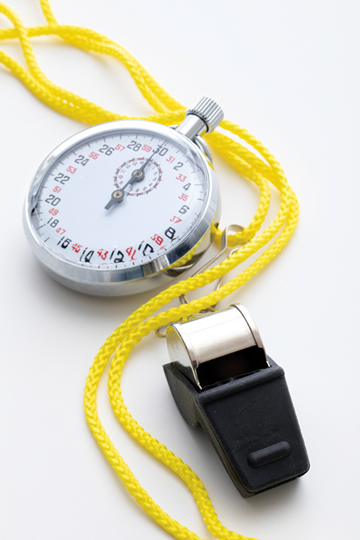 School Districts across the State of Texas were notified February 3rd who they will compete with for the next two school years starting in 2022-2023 when the UIL released their re-alignment. This week, we had a chance to speak with the Athletic Directors for Devine, Natalia and Lytle ID and get their thoughts on what re-alignment will mean for their districts. We will also look at how it affected other districts in and around Medina County.
Devine Athletics
Football – The Devine Warhorses will compete in District 14-4A (Div.II) beginning in 2022-2023 as they said so long for now to Hondo and Crystal City when it comes to being district foes. This will the second time in the past 10 years that Hondo and Devine have been separated from their competitive districts. Both Hondo and Crystal City dropped down to Class 3A, Division I.
Devine will compete with Bandera, Carrizo Springs, Pearsall and will welcome SA Young Men’s Leadership.
“e-alignment is always an exciting time,” Devine Athletic Director Chad Quisenberry said. “We have a lot of work to be done with scheduling for all sports, but we are excited about our new districts.”
The Devine Warhorses released their new 2022 Football schedule which will feature a few new faces as well as plenty of familiar ones.
Devine will scrimmage Pleasanton and Navarro to start off the season before welcoming Memorial to town for the season opener and Parent’s Night on August 26th. Devine will then hit the road for a road battle vs former long-time district foe Crystal City before a historic road game on September 9th vs. the Natalia Mustangs. Devine will then host longtime rival Hondo on September 16th, before a unique road trip to Uvalde to battle the Coyotes on September 23rd before wrapping up non-district play on September 30th at home vs. Davenport H.S.
Devine’s district schedule begins October 7th with Homecoming vs. YMLA before a road trip at Carrizo Springs. Devine will host Bandera followed by a road trip to Frio County with November 4th being their bye week prior to the start of the playoffs.
Volleyball/Basketball/Most likely Spring Sports – Devine’s Volleyball/Basketball District will look quite a bit different, as they will say good-bye to almost everyone in their current district which included Brooks, YMLA, YWLA, Fox Tech and Somerset.
Devine will now compete in 29-4A with Carrizo Springs, Floresville, Pearsall, Pleasanton, Somerset and Uvalde.
“This district should be very competitive and as we have always stated, we will play whoever UIL places us with,” Quisenberry said.
Natalia Athletics
Football – The Natalia Mustangs will say good-bye to Stockdale who dropped to Class 2A and George West who went back to a Coastal Bend District for the next two seasons on the football field. Replacements will include the West Campus Cougars who have returned to the turf as well as the Hill Country’s Comfort Bobcats who competed with Natalia for a 4–6-year period in the late 90s and early 2000s in sports.
Natalia will compete in District 15-3A and will battle Comfort, Dilley, Karnes City, Nixon-Smiley, Poth and West Campus.
“We had a feeling that things would turn out like they did in football, so we were ready for this,” Coch Ilyan Martinez said. “We have been in a 7-team district for a while now, so I feel like we were prepared for what it takes to compete for a district title. That along with scheduling probably our toughest pre-district in all the time I have been here, should help prepare us for another run at a district title.”
The Mustangs also released their Football Schedule which begins with scrimmages vs Bandera/Ingram in a tri-scrimmage before battling former district foe Stockdale.
Natalia’s non-district schedule will be challenging as mentioned, as they open the season vs. Jourdanton followed by a rare meeting vs. the Marion Bulldogs. Natalia returns to action with a huge home-game vs. Devine in a first ever battle between the neighbors in school history followed by the Legacy Bowl vs. Lytle. The order of district games includes Comfort, Karnes City, Dilley, Poth, West Campus followed by Nixon-Smiley.

Volleyball/Basketball/Most likely Spring Sports – Natalia had a bit of a mix-up with their other sports district, as they went from a nine-team district down to a six-team district. Natalia said good-bye to Karnes City, Poth, Jourdanton, West Campus and Poteet.
Natalia’s new 28-3A will include Cotulla, new district foe Crystal City, Dilley, new district foe Hondo and the Lytle Pirates.
“We knew there was a strong possibility we would get Crystal City and Hondo,” Martinez said. “The surprising part was how we split from the other four who we have been competing with for some time. This should make for a competitive district. On a positive note, we dropped from a nine-team district to a six-team which will allow for some breathing room in the schedule.”
One interesting note is 28-3A will battle 27-3A in the first round of playoffs which now includes Jourdanton, Karnes City, Poteet, Poth and West Campus.
Lytle AD Lori Wilson agreed with Martinez about going down to a six-team district. “I like the new district and I am excited about going down to a six-team district.”
Lytle Athletics
Football – The Lytle Pirates will see a few new faces in their District 14-3A (Div I) under 2nd Year Head Coach Adrian Trevino. Lytle lost Cole, Randolph and Marion and welcomed Crystal City and Hondo to join district foes Cotulla, Jourdanton and Poteet.
Lytle also released their football schedule for next season. Lytle opens the season on the road vs. Nixon-Smiley, before battling the Kennedy Rockets and West Campus. Lytle then battles Natalia in the Legacy Bowl, before their final non-district game at home vs. Pearsall. The order of district play will be Poteet, Hondo, Cotulla, Jourdanton and Crystal City.
“I believe the football district is a good change for our kids,” AD Lori Wilson said. “I feel we will be able to compete and match-up well with these five teams.”
Lytle’s Volleyball/Basketball/Spring Sports will be the same as Natalia’s. See the Natalia portion of the story for further details.
Other Area Districts
D’Hanis Athletics – In Football, the Cowboys will compete in 15-2A and will see Brackett, Center Point, Charlotte, LaPryor, Sabinal and Rocksprings. In Volleyball, the Cowgirls will compete in 30-1A vs. Knippa, Leakey, Medina and Utopia. In Basketball, D’Hanis will be in 31-1A and will battle Nueces Canyon, Knippa, Leakey, Medina, Rocksprings and Utopia.
Somerset Athletics – In Football, the Bulldogs will compete in 14-4A (DivI) vs. Boerne, Fredericksburg, SA Kennedy, SA Memorial and Uvalde. The other area 4A (Div.I) football district is 15-4A and will feature Beeville, Floresville, LaVernia, Port Lavaca and Rockport Fulton.
For Volleyball, Basketball and Spring Sports, see the Devine portion of their story as they will be in the same competitive district.
Medina Valley – The Medina Valley Panthers will compete in 13-5A (Div.I) with the following teams: Eagle Pass Winn, Laredo Cigarroa, Martin, Nixon, SA Southside, SA Southwest, SA South San and Southwest Legacy.
In all other sports, MV will compete in 28-5A vs. EP Winn, Harlandale, McCollum, Southside, Southwest, South San and SW Legacy.
By Eric Smith
Staff Writer