The Devine City Council unanimously rejected the Medina County Appraisal District’s proposed 2020 budget of $1,255,780 during the Council meeting held June 25, though it may still go into effect if a majority of the 24 taxing entities inside the District approve it.
A Public Hearing on the budget is scheduled for Tuesday, July 23 at 6:30 pm at the Appraisal District building, located at 1410 Ave. K in Hondo.
“There’s still too many discrepancies in Devine,” District 5 Councilman Cory Thompson said of the home valuations in the city. “I know what we’re approving here is their salaries, and their salaries should reflect their job.”
Salaries and benefits of Appraisal District employees make up $850,280 of the proposed budget. The remaining $405,500 is dedicated to operational and support costs. 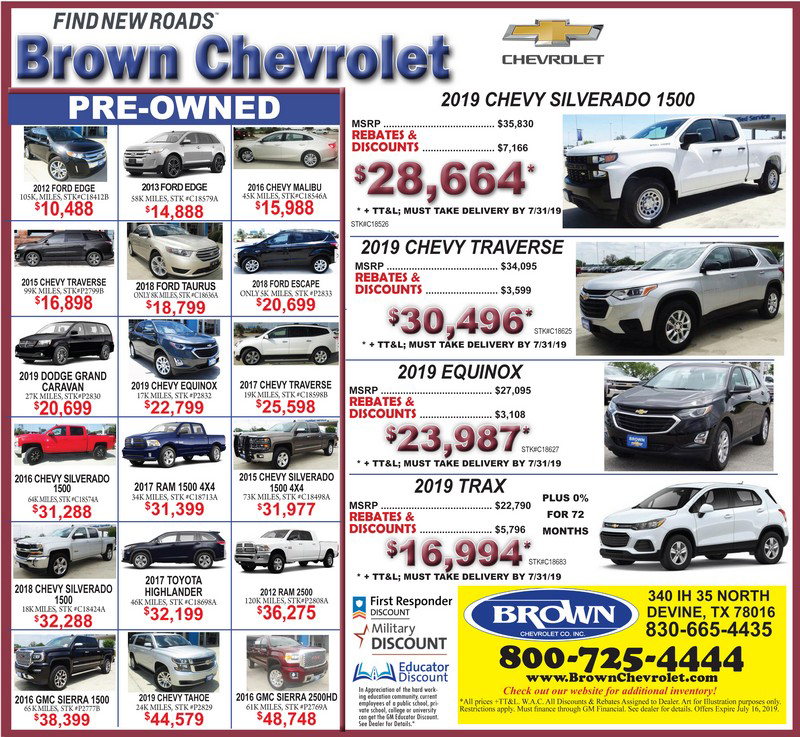 The 24 taxing entities in the Appraisal District include the cities of Devine, Castroville, Hondo, Natalia, La Coste, and Lytle; the Devine, D’Hanis, Hondo, Medina Valley, Natalia, Lytle, Northside, and Utopia school districts; seven Emergency Service Districts; the Medina County Groundwater Conservation District; the Medina County Hospital District; and Medina County itself.
The City’s pro rata share of the Appraisal District budget is $17,313.39, or 1.38 percent, based off of the 2018 levy of $947,617.76.
Every year, each entity must approve or reject the Appraisal District’s proposed budget for the upcoming year. A majority of the entities must approve the budget for it to go into effect.
While Interim City Administrator Dora Rodriguez expressed a wish to be able to protest rising property values as a City, City Attorney Tom Cate noted that valuation protests are up to individual property owners.
Thompson said he was bothered by the inconsistency of the Appraisal District’s valuations.
“It’d be one thing if you’re like, ‘Oh, it’s expensive, but everybody’s expensive equally,'” Thompson said. “When you start sitting with the Medina County CAD map and you start pulling properties that you know should be like properties and they’re not having like valuations, that’s what I don’t like.”
Cate agreed that appraisals should be fair and equitable.
“And that’s one of the grounds you can protest on, but they leave it to the individual,” Cate said. “And then what happens is it costs too much money for them to go fight that. It’s easier for them to just let it slide than to protest it.”
A motion by District 4 Councilwoman Jennifer Schott and Thompson to reject the Appraisal District’s proposed budget passed 5-0, with District 1 Councilman David Valdez, District 2 Councilman Steve Lopez, and District 3 Councilman David Espinosa all in favor.
“We are all in agreement that we are against the proposed budget,” Mayor Bill Herring said.
“And hopefully they ask us why,” Schott added.
By Marly Davis
Staff Writer 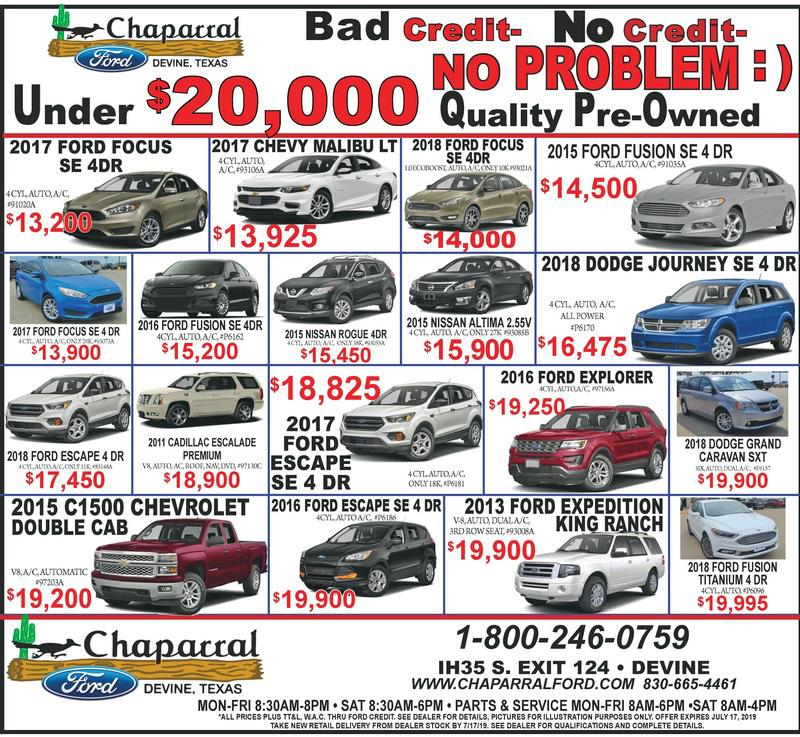