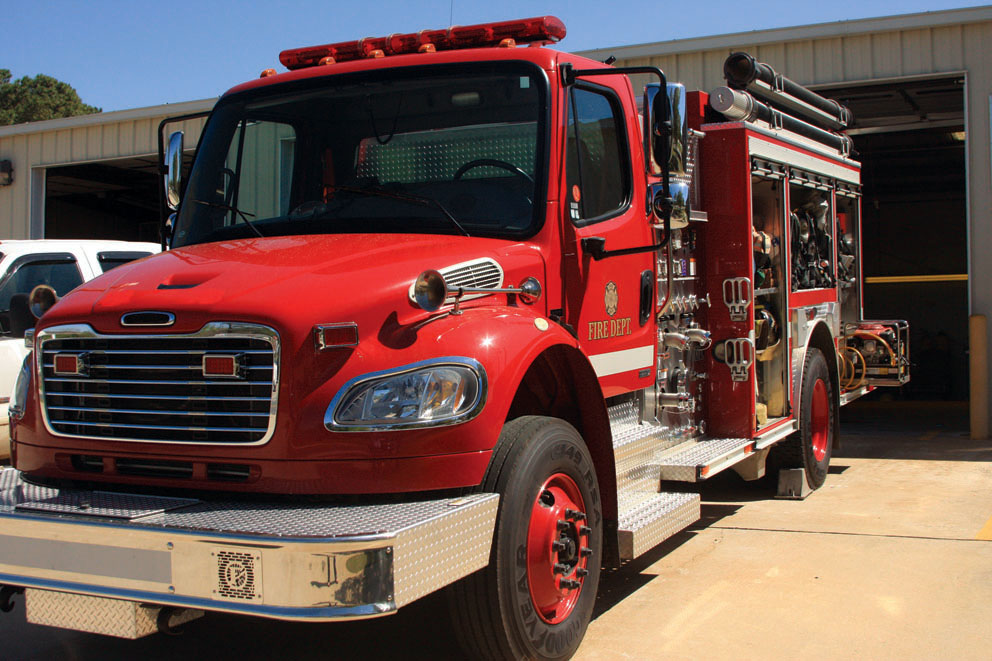 The Castroville Fire Department responded to rescue a 9 year old boy whose foot was caught underwater in the Medina River this past July. It happened at the Castroville Regional Park where the boy and his family were swimming in the river.

“We got a call that his foot was caught on something underwater in the river, and then a call that said the child was underwater, but thankfully he was not all the way underwater,” said Castroville Fire Chief Rick Lair.
“The boy was swimming and playing in the river with his brothers when his foot got caught on a fishing lure,” Chief Lair explained. “The lure he stepped on went all the way through his toe, and the lure and fishing line was caught on a tree limb, so he was stuck there.”
“When we arrived, he was sitting in water about up to his neck. The water was moving pretty good there, so he was having a hard time sitting there and keeping his foot still,” Chief Lair said.
“The family wasn’t sure what he was caught on when we arrived. The water was too murky to see his foot, and it was hard for anybody to get near him because anytime somebody came too close, the tree roots would move, so it was extremely painful. Thankfully we got him out and he was okay,” Chief Lair adds.
Chief Lair reminds everyone to wear shoes when swimming in the river, and this may also be a good reminder for fishermen who get lures and lines hung up. If you can get them out, please do.
“I actually had a friend who got tangled up in fishing line and drowned to death,” Chief Lair said. “Leaving that stuff out in the water is a lot more dangerous than you might think.”