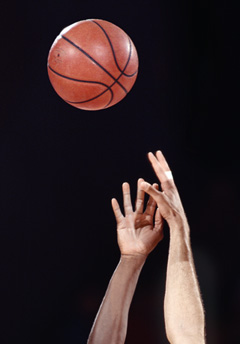 In one of their closest games of the season, Devine beat Somerset by just 1 point! Undefeated so far, they had their last game last night against Young Women’s Leadership Academy. In their first meeting this season, Devine won 65-25.
Taking on Somerset Friday night, the Arabians got off to a slow start and we came out with a little too much emotion and didn’t play our best. Somerset did a good job of adjusting to some of the things we did during our last game and played super aggressively on the offensive end of the floor. They made shots and they forced us to have to score against their half-court defense. Kaydi Yeats kept us in the game in the first half with three big 3 point makes.
We found ourselves down big at half with a score of 15-27. In the second half, the girls buckled down. They played at our pace, and we played more into our style. Macey Hein got going a bit and we cut the lead down to 4 points several times. However, we could never get over the hump in the 3rd quarter and Somerset pushed the lead back up to 10 going into the 4th.
In the fourth quarter we finally found our stride, we battled back from down 10 to start the quarter but we could never take the lead. We found ourselves down 7 points with 23 seconds left in the game. Lacey Shook came down and hit a huge 3, her second in a row, to cut the Somerset lead to 4 points. Denise Contreras got a huge steal on the ensuing inbounds pass and drove down the floor to hit a big three-point shot to make it a one-point game. Yessika Garza was then able to knock the ball away from the Somerset player to create a mad scramble for the ball with less than 5 seconds in the game. We came away with the ball, and a shot that was missed, but Garza got the rebound and put it up and in to win on the final shot of the game. Everyone played hard and never quit in this one. I was super proud of the girls for the fight they showed during this game. The intensity by the girls in the second half was great, both on the floor and on the bench! It was a crazy atmosphere.
By Dicy Chambers/Jim Sessions