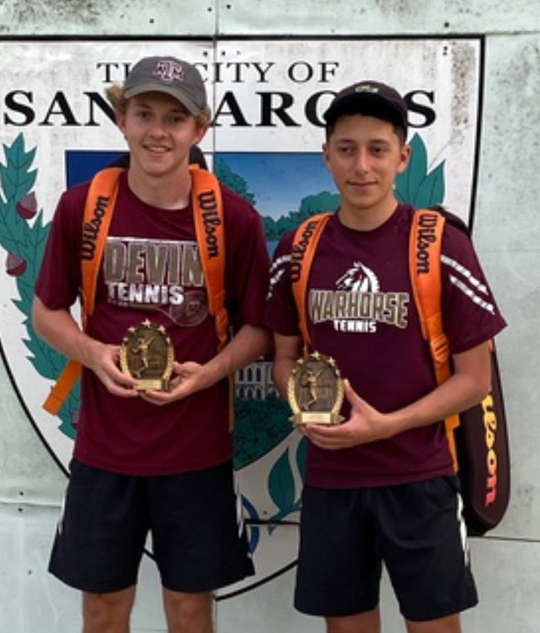 At the San Marcos Leap Year Invitational Tournament the Warhorses and Arabians took on 16 teams and came home with some top honors.
Brooke Runyan won all four matches to win her title as Girls Singles Tournament Champ. Runyan’s semi-final and final matches were against very talented girls from Smithson Valley. She came back from a deficit 2-5 score to win the first set 7-5, then finished it off 6-2 to win the tournament.
Senior Warhorses Jake Harrell and Caeden Alvarez place 3rd in Boys Doubles A Bracket. They defeated a Warren duo and then San Marcos in an exciting tie-breaker for the match. Their semi-final match was against a talented Smithson Valley duo that ultimately won the tournament. After their semi-final defeat, they bounced back and beat opponents from Laredo Dobie to win 3rd place.