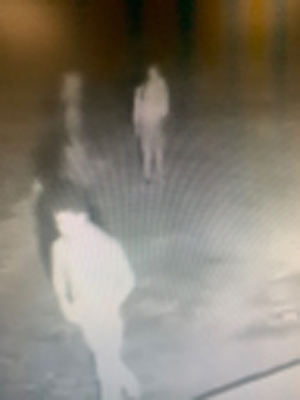 Video footage from one of the many burglaries shows these two suspects.

We reported on a couple of burglaries that happened last Monday but even more occurred on Monday, Tuesday, and Thursday last week, bringing the total number of vehicle burglaries to 16 with two of those having multiple vehicles hit at a single location.
“We are reviewing three home surveillance videos from cameras and door bell videos which are very helpful,” said Lieutenant Chris Andrews. “There are two juvenile suspects, and one was detained in San Antonio for theft this weekend. He will be transferred to Jourdanton Juvenile Detention Center soon.”
Six of the burglaries occurred on Fox Run in Devine, six on Mockingbird, and burglars also hit homes on Harralton Circle, Hermitage Loop, and Colonial Parkway.
A laptop, ipad, radio, wallet, gun, among other items were stolen from some vehicles, while other vehicle owners awoke to see that someone had rummaged through their vehicles and didn’t notice anything missing.
If you know anything about this case, please contact Devine PD 830-663-4403 or you can contact Medina County Crime anonymously. Crime stoppers is offering a REWARD up to $1000 will be offered for information leading to the arrest of the suspects in this case. Call 1-800-367-2833. You do not have to give your name. An anonymous code number will be assigned to you.
The burglaries last week bring the year to date total to 28 vehicle burglaries reported in the City of Devine this year.
Authorities say they are impressed with Ring brand video door bells as well as Google Nest video door bells if you are looking to protect your home.