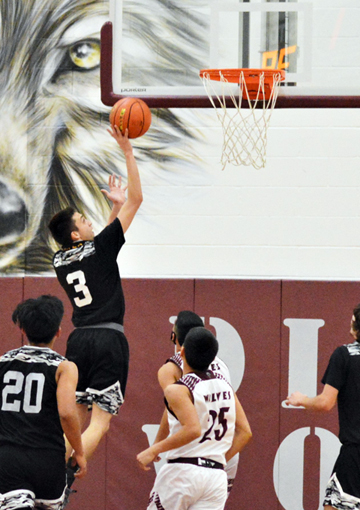 The Lytle Pirates doubled down on wins last week against Dilley and Poteet. Beating Dilley 75-58 and Poteet 94-57, the Pirates move to 11-4 overall and 3-1 in district behind Natalia. They will face Poth this Friday, Cotulla on Jan 22nd, and Jourdanton again on Tuesday Jan 26th and are looking to beat them this time. In their first meeting they had their only district loss at 69-75.
Dilley was unprepared for the Pirates on January 5th. “A one two punch sophomore combo lead by Jordan Balderaz and Jaelen Guevara put the Pirates on their backs and carried us to a victory. Balderaz scored 24 points and 14 rebounds while Guevara scored 14 pts with 5 steals to seal the victory. The Pirates still have a lot of work to do to be playoff ready and reach our team goals. The Pirates will face the Poteet aggies this coming Friday,” reported Coach Jacob Hernandez.
Balderaz 26 points, Carson Aldridge 10, Bryson Duty 4, Logan Wilson 6, Mark Cantu 2, Guevarra 14, Joe Cantu 3, Jacob Ulrich 6.
The Aggies tried to put up a fight when the Pirates came to Poteet on Friday. Winning 94-57, every Pirate that stepped on to the court added points to the board and to the win. This big district win was a huge team effort and proof that the Pirates are ready for more. “The phenom Jordan Balderaz had a career night with 43 points and 22 rebounds, the kid was unstoppable. Jordan has put himself in place to break the most points scored in a single season which is currently held by all-time Lytle great Justin Berry with 657 points. He is currently at 364 with 11 games left,” said Coach Hernandez.
Balderaz 43 points, Aldridge 7, Duty 4, Wilson 3, M. Cantu 7, Damien Garcia 8, Ruben Gonzalez 8, Daniel Aguirre 2, J. Cantu 1, Ulrich 7. FTP 47%.
By Dicy Chambers
Sports Writer