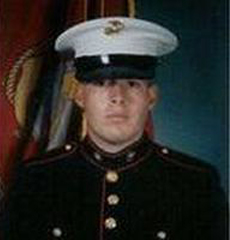 WASHINGTON – H.R. 4785, which designates the post office in Castroville, Texas as the Lance Corporal Rhonald Dain Rairdan Post Office, was sponsored by every member of the Texas delegation and passed with overwhelming bipartisan support. Rep. Will Hurd’s (R-Texas) legislation honoring Marine Lance Corporal Rhonald Dain Rairdan today passed the House of Representatives.
“We can never repay the brave men and women who sacrificed everything for our nation, but we can honor them. Today, we are one step closer to honoring the incredible dedication, valor and service of Marine Lance Corporal Rhonald Dain Rairdan by renaming the Castroville U.S. Post Office after him. Dain grew up in the military, so he had many ‘hometowns,’ but to Dain his adopted hometown was Castroville. Naming our post office after him will serve as a constant reminder to Castroville residents about Dain, his person, his service and his fellow men and women in arms.”
Dain graduated from Medina Valley High School in 2003 and joined the U.S. Marine Corp. in 2005. According to his friends and family, being a marine was what he wanted to do his whole life. Four months after joining the Corps, Dain deployed to the Middle East where his unit was tasked with hunting for weapon stockpiles and policing damaged cities as residents tried to regain a sense of normalcy. Tragically, on what was supposed to be his last mission before leaving Iraq, Dain and 30 other service members were killed when their helicopter crashed in western Iraq.