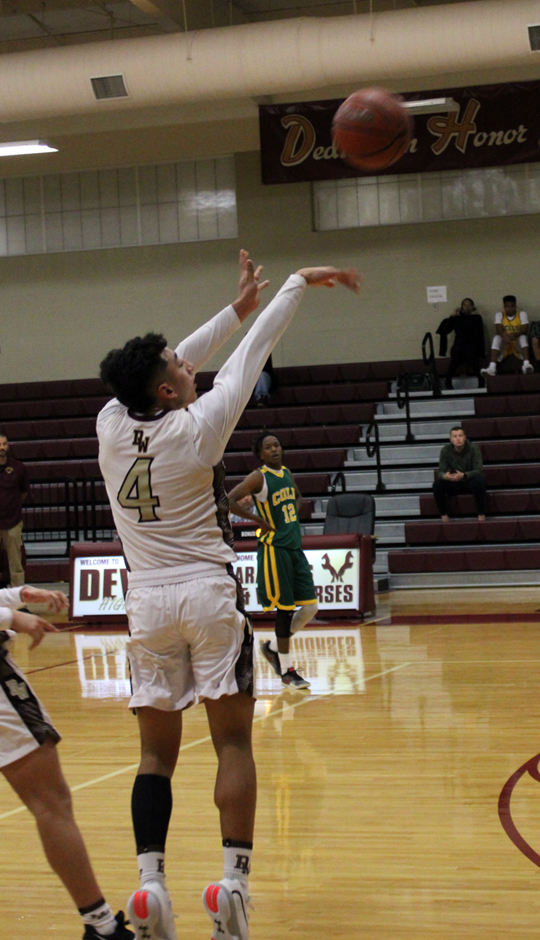 With pre-district coming to a close, the JV Warhorses are still putting the pieces of their game together. Playing Marion and Lytle last week, the Warhorses worked hard but lost both games.
Coming from behind late in the second half, it came down to the last few moments of the game for Marion to win by one. The Warhorses were down 29-37 at the end of the third, Angel Espinosa sank 4 of his 5 free throws, Payton Carr made 4 points, and Weston Byrd scored 10 of his 16 points to outscore Marion 18-11 but fell short by one for the win.
“We had a bad first half; we gave up too many second chance points. I was very proud our kids did not give up. Down 8 at the beginning of the fourth, we started executing the offense and shutting them down on defense. We just ran out of time and lost by one.” Coach Evan Eads
Byrd 16, Brian Schaefer 10, Espinosa 4, Cody Trammell 6, Isaiah Morin 3, Chris Ortiz 2, Carr 6. Q1 12-16, Q2 15-26, Q3 29-37. Q4 4-48. FTP 59%
The JV Warhorses faced the Lytle Pirates on Friday, January 10th. The Pirates’ defense was difficult to break. “We struggled to score throughout the game. We need to improve our free throw shooting,” said Coach Eads.
Byrd 14, Schaefer 5, Espinosa 2, Ortiz 2, Carr 10, Sage Cruz 5. Q1 7-12, Q2 15-26, Q3 33-40, Q4 38-57.
The JV Warhorses played Fredericksburg on Monday night and their first district game will at home Friday night against Crystal City.
By Dicy Chambers
Sports Writer