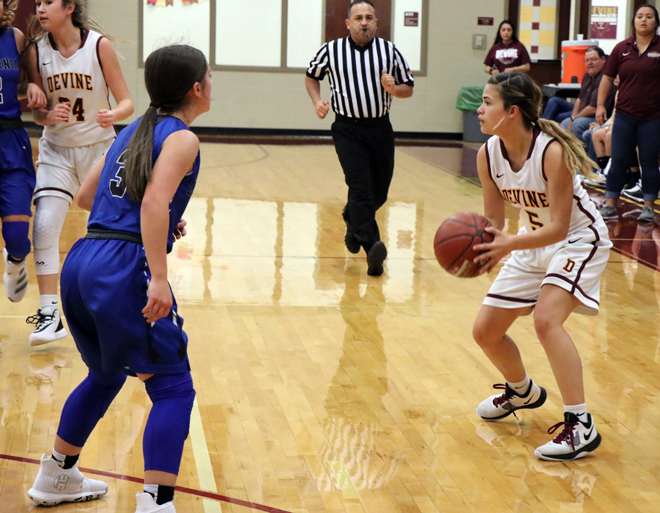 The first district game did not go as planned and we ended up losing to Hondo 39 to 25. The game was very high energy and aggressive on the offense and defense end. Hondo put a lot of pressure on us that caused some turnovers, but we kept fighting back and played hard throughout the game. This loss hurt, but the Arabians are a very talented and young team that will continue to keep fighting back and will keep improving everyday along the way.
Sophomores Kadence Yeats and Kendall Marek showed great leadership on the court throughout the entire game. Yeats scored 9 points, Marek 12, and Cece Elias 4.
The Arabians played in Carrizo Springs last night and will be at home this Friday to face Crystal City, in Pearsall January 21st and then in Hondo January 28th.
Courtesy Coach Hannah Thompson