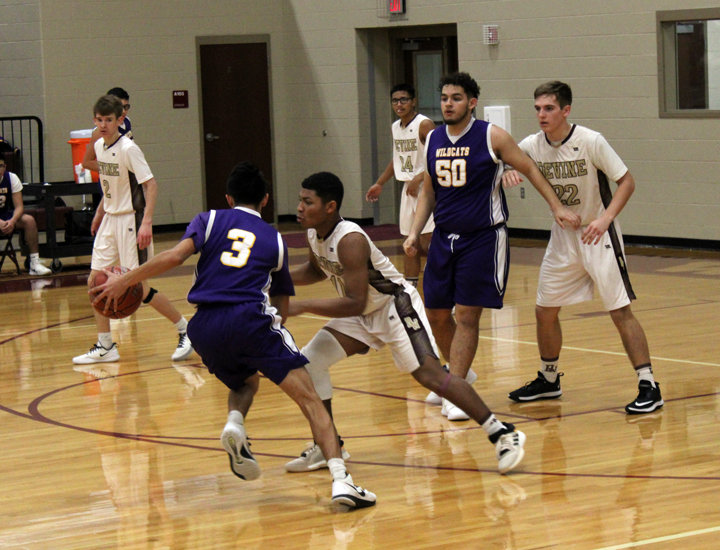 The JV Warhorses had some highs and lows last week. They beat Hondo 51-39 but then fell to Carrizo Springs 46-52. With Pearsall this Friday, Hondo next Friday, and in Carrizo Springs on February 18th, the JV team has three more games to finish with a winning record.
Coming out strong and taking control of the ball was the key to beating the Owls on January 28th. “Our kids came out excited to play their rival. We pressed to set the aggressive tone and it worked. We were missing Chris due to the flu and Brian broke his foot in the second half, and will miss the rest of the season. Our half court defense was aggressive and we shot very well.” Coach Evan Eads
Westin Byrd 21, Brian Schaefer 12, Angel Espinosa 4, Cody Trammell 6, Payton Carr 10. Q1 15-8, Q2 28-16, Q3 43-32, Q4 51-39.
“Carrizo Springs did a good job putting pressure on us. We had too many turn overs. We played well in the half court defense but we gave them easy buckets off our turnovers. We pushed it to the end but came up short.” Coach Eads
The Warhorses were ahead 23-13 at the half but slowly fell behind in the third and fourth to lose 46-25.
Byrd 12, Schaefer 10, Espinosa 2, Trammell 8, Carr 10, Sage Cruz 4.
By Dicy Chambers
Sports Writer