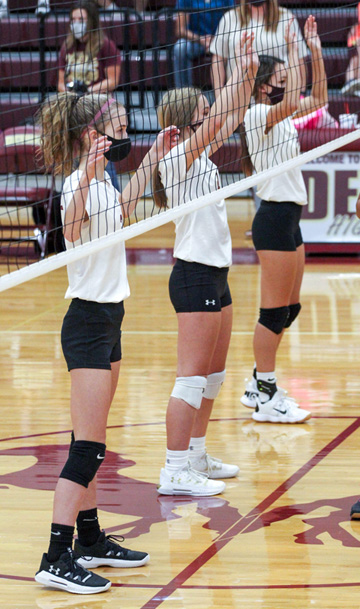 The JV Arabians finished their impressive season on a win on October 20th. They finished this season undefeated in district and 15-5 overall.
Devine faced Brooks Academy in their last game and the team was ready to win it. They came out fast and strong against the unprepared team and won it 25-9 and 25-5. Brooks Academy was unable to return serves and had 24 aces served against them. 14 aces came from Kaitlyn Morales.
Kills: Zoe Gonzales 5, Brooklyn Miller 4. Assists: Kate Featherly 9. Aces: Neenah Guerrero 4, Morales 14, Featherly 2, Miller 4, Emily Faubel 1.
The JV Arabians will move on to basketball and will have their first game on November 10th against Falls City.
By Dicy Chambers
Sports Writer