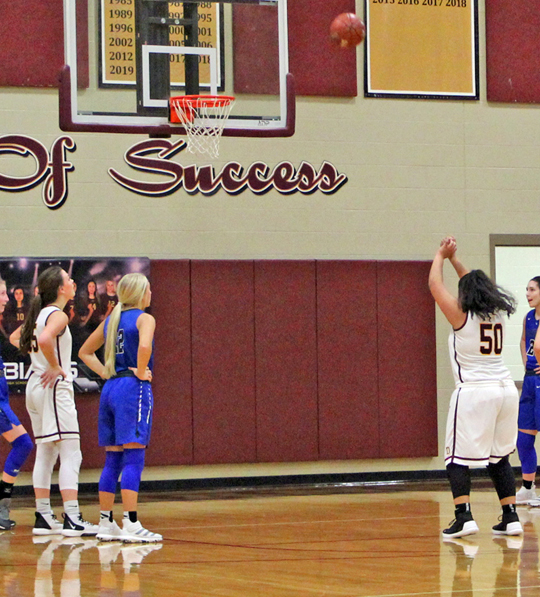 The JV Arabians faced La Vernia on November 26th then faced Bandera December 3rd, winning both games. Coach Hannah Thompson and her team are coming together to become a powerful JV squad that will head to the Dilley tournament this weekend and then host Jourdanton at home before breaking for the holidays. They return to play in Boerne December 31st.
Winning 33-22 against La Vernia, the Arabians were down 7-8 at the end of the first but outscored La Vernia 10-0 in the second to take the lead and hold it the rest of the game.
Rebecca Mares 2, Kendall Marek 4, Andrea Rios 2, Kayli Dugosh 13, Allie Yeats 3, Cece Martinez 7. Q1 7-8, Q2 17-8, Q3 30-15, Q4 33-22.
Facing Bandera after the holiday break was a tough game for the JV Arabians. Leading most of the game, Bandera made a drive for the win in the fourth quarter making the Arabians work hard to keep their lead. Bandera would get with in two points but ran out of time to take the lead in the end. Devine won 25-23.
Emily Cruz 2, Marek 6, Dugosh 10, Yeats 4, Martinez 1. Q1 4-2, Q2 11-6. Q3 15-10, Q4 25-23.
By Dicy Chambers
Sports Writer