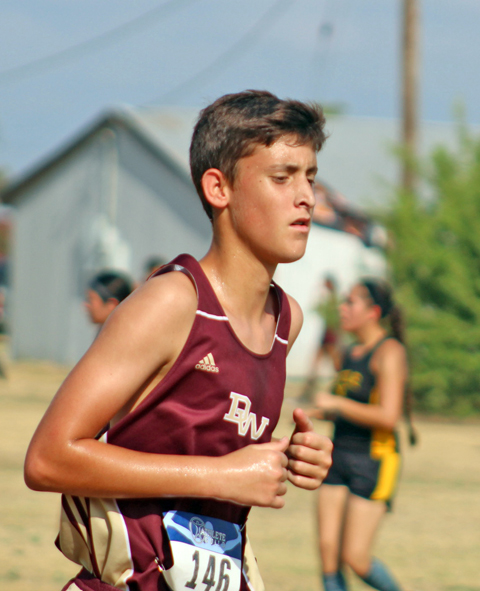 Devine’s JV Arabians placed third among eight teams in the Hondo Invitational last Saturday while the JV Horses who did not have enough runners to qualify for a team placing also competed in the event.
The Arabians were led by Rebecca Mares who finished 19th individually out of 72 competitors. Rebecca’s 15:30 was 1:37 better than her last race in Pearsall on August 24. Shelby Joslin (21st-15:37) reduced her previous time by 1:55.
Corinne Fowler (23rd-15:40) improved by :44 seconds while Allie Dugosh (29th-15:56) bettered hers by 1:13. Trinity Black recorded her best placing (49th) with a time of 17:11, which was also her person best by 1:02.
There was a timing issue in the JV boys division so accurate times are a little vague. Owen Fowler led the way with a 22:30 Trailing Owen was Kristofer Aguirre (25:50) and Arturo Diaz (26:22).
The Warhorses did not have the minimum number of runners to qualify for a team placement.
Girl’s team results: 1st Eagle Pass 17, 2nd Antonian College Prep 93, 3rd Devine 104, 4th Lytle 106, 5th Pearsall 111, 6th Medina Valley 146, 7th Medina 150, 8th Hondo 196.
Up next: All Cross Country teams compete in Bandera Saturday, September 14 beginning at 9:00am with the varsity girls.
By Jerel Beaty
Staff Writer