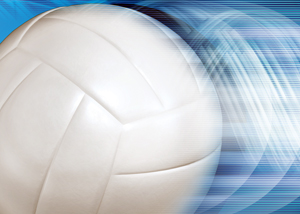 Against the tough Bulldogs from Somerset, the Freshman Arabians took them down on Friday night. This was their first district game and they made it count. The Freshmen will head to Young Women’s Leadership Academy this Friday. They did not play last night due to a bi-game in the schedule.
Winning 25-16 and 25-15, the Arabians dominated the game with impressive serving. They earned 15 aces and the front row had 8 kills and 3 blocks.
“The girls secured a great win for their 1st district game. I saw lots of improvement and great things as a team and for individual players. I hope to keep up the hard work and keep making progress,” said the proud and excited Coach Kara Stacy.
Charlee Rangel 1 dig, 2 aces. Oakley Malone 9 assists, 4 aces, 1 kill. Katie Rios 7 digs, 2 aces. Yaya Rodriguez 3 digs, 2 aces, 4 kills, 1 block. Kenzie Savage 1 dig. Brooke Thompson 1 kill. Hannah Brumage 1 dig, 5 aces, 2 kills, 2 blocks. Savanah Parker 1 dig.
By Dicy Chambers
Sports Writer