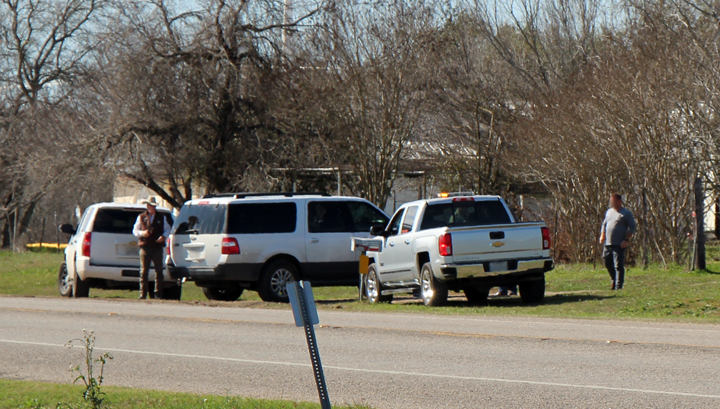 A man was contacted this past Thursday when he got a panicked phone call from his three elderly aunts, who are 90, 87, and 89 years old. Three men in a white pickup truck had come by their home offering to do an asphalt job on their driveway “for cheap.” But when the job was done, they were demanding what amounted to their life savings and more.
“The guys said they couldn’t give them a quote until they finished,” said nephew Bobby Rodriguez.”She figured it might be around $1,000. They made her sign a paper before they did the job and then they put the price on afterward. At the end, they wanted $6,400 and they said they wouldn’t leave without payment.”

“Thankfully, she called me and the Sheriff’s Office,” Rodriguez adds. “Once I got there, they stayed there arguing with me and evading my questions for at least 20-30 minutes, still insisting on payment. Then Medina County Constable Malcolm Watson got there and they continued insisting on payment, and some of them were refusing to give their ID’s at first. They eventually started saying they’d take $2,000 for the job, but they didn’t leave with any money thankfully.”
“It’s sad to see three guys try to take advantage of elderly people like my aunts who are 90, 87, and 89 years old. They really scared my aunts,” Rodriguez said. “This was a 64 ft x 12 ft wide driveway and they said $6,400 was their half price rate!”
Constable Malcolm Watson adds, “They came to collect, and when the homeowner asked if they could pay on credit, they said ‘No we want our money today.’ That’s when I told them, ‘These people don’t want you here, and if you want payment you’ll have to file in small claims or debt court. So they left, and I don’t imagine they left any grass growing beneath their feet where they were standing.”
“They didn’t want to identify themselves, didn’t want me to know who they were at all. They started off wanting over six thousand, and then said they’d take $4,700 and then they said they’d take $2,000. If somebody comes to your house soliciting payment, you better look into the company real good before you hire them,” Constable Watson said. “Apparently these people have been working this area, and I’ve heard many people say that the asphalt just turns to sludge. They didn’t even put any tar or oil down to bind the pavement. So the first big rain will wash it away.”