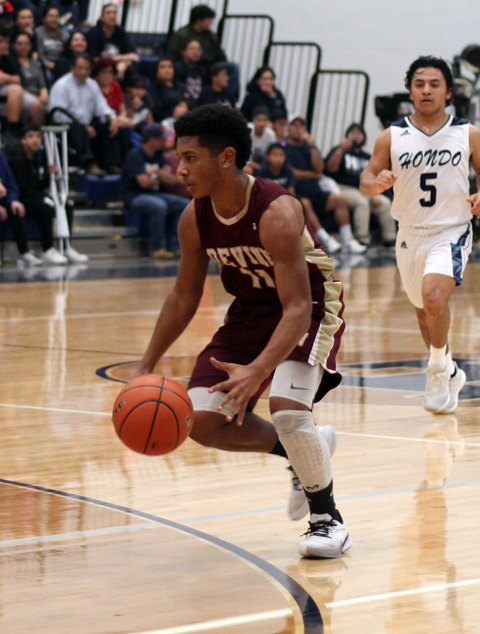 Varsity Warhorse Mason Burford caught everyone by surprise in the recent matchup against the Hondo Owls, when he sunk an unbelievable shot.
The first half was just ending as Burford grabbed a rebound and launched the unforgettable shot from near the volleyball serving line on the other end of the court. He put everything he had into the shot, diving forward….and swoosh….. Burford should have got 6 points for that one!
Athletic Director Chad Quisenberry, who has been in Devine for 26 years, stated, “I’ve seen a couple shots from half court, but I’ve never seen anything like that. It is the longest shot I’ve ever seen by far. There’s actually a video clip of it. They even submitted the video to ESPN.”