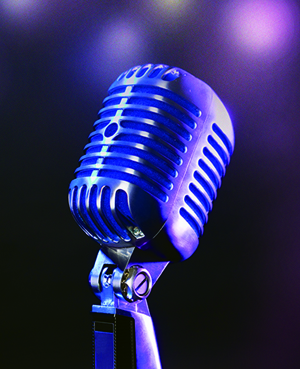 Devine ISD has begun providing in-house, live streaming of Warhorse and Arabian varsity sporting events for the 2020-2021 school year. Each broadcast consists of an audio and video stream over the internet via the Devine ISD YouTube account. Volleyball, football, and basketball games are initially scheduled, while other sports may be added later.
Jim Sessions, Gary Schmidt, and other selected and/or employed adults by the school system will provide commentary. Once the school year officially begins, students will assist in the broadcast as well. Student roles include various pre-and-post production responsibilities and the creation of content such as commercials.
Devine’s athletic department is asking for your help in sponsoring this program. All sponsorship money is paid directly to Devine ISD and profit made benefits the students of Devine ISD.
Lead Sponsorship – $500- Provides sponsor with a 30-second commercial including audio and video. This advertisement can be pre-recorded or Sessions will gladly work with your business to develop your unique commercial. The commercial can include pictures and video of your business as well as a personalized statement. ‘Lead Sponsors’ will be noted as such and will be used to promote pre-game and post-game shows. Various parts of the broadcast may also be sponsored (example: Senior Spotlight, Halftime Stats, Keys to the Game, etc.)
Commercial Sponsorship -$300 – Provides sponsor with a 30-second commercial including audio and video. Each advertisement may be written and recorded by members of the broadcast team. If a sponsor has their own script or digital copy they prefer to utilize, efforts will be made to accommodate those wishes.
Billboard Sponsorship – $150 – Provides sponsor with a 15-second commercial including audio and a billboard (graphic or logo) that will play during breaks in the broadcast. There will be no recorded video for these commercials. Each billboard advertisement is created using pictures or graphics of the business with a voiceover stating the business is a proud supporter of the Warhorse and Arabian athletics.
Due to limited seating at events because of COVID-19 precautions, plans to broadcast as many games as possible are in the works. Currently, Devine anticipates broadcasting 50+ live events this season alone.
We thank you for your consideration of this opportunity.
Contact Information: Jim Sessions – DHS Broadcasting Team, jim.sessions@devineisd.org, 210-260-4710 cell or Chad Quisenberry – Athletic Director, chad.quisenberry@devineisd.org, 830-851-0860. Submit payment to Devine ISD—Game Broadcasting, 1225 W Hondo Ave., Devine, TX 78016.
By Jerel Beaty
Staff Writer