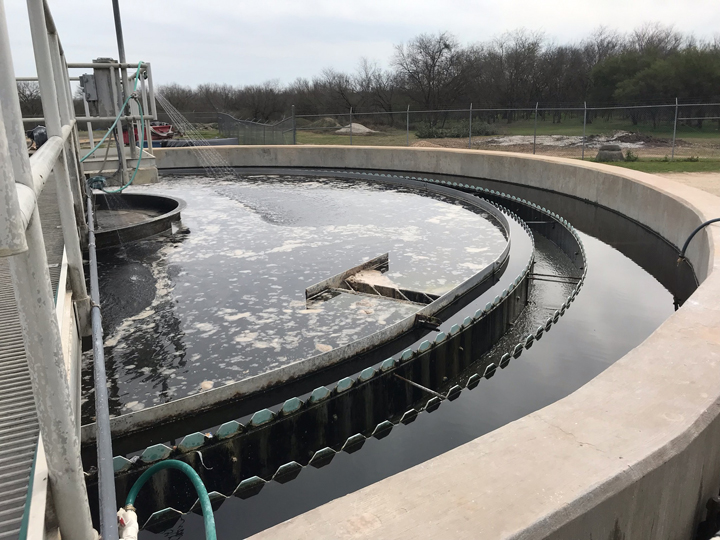 Several blades on the clarifier pictured above have broken off and are in need of repair. Clarifiers separate liquids and solids in wastewater.

The Devine City Council voted to approve the repair of a wastewater treatment plant clarifier not to exceed $40,000 during an Emergency meeting held at 8:00 am on Tuesday, January 29.
Clarifiers are settling tanks that mechanically separate liquids and solids in wastewater. Several blades on one of the City’s two clarifiers have broken off, making it less effective and forcing Public Works employees to use nets to manually skim scum from the top of the liquid.

The City’s current wastewater treatment plant, including the clarifiers, was constructed in 1992.
City Engineer Raul Garcia estimated that each blade would cost $280,000 to replace. However, Garcia obtained a quote from Shannon-Monk, Inc., to repair the blades for just $30,920.
A motion by District 5 Councilwoman Debra Randall and District 3 Councilman David Espinosa to approve repairing the clarifier blades for not more than $40,000 passed 3-0 with District 2 Councilman Steve Lopez’s vote.
By Marly Davis
Staff Writer