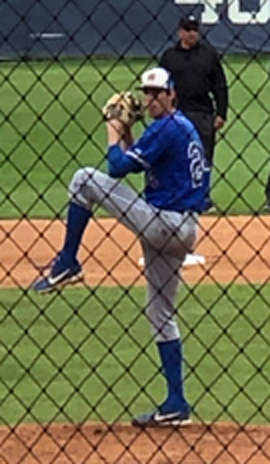 One would be hard-pressed to find many better mascot names than the Warhorses, Rattlers, or Flying Chanclas. Connor Schmidt, a former Devine Warhorse multi-sport standout athlete and current St. Mary Rattler pitcher is now a future Flying Chancla de San Antonio. Schmidt has the honor of representing each of those organizations as he competes in the Texas Collegiate League this summer.
The TCL has two divisions with five teams in each division. Each team plays 30 games, 15 at home and 15 on the road. According to TCL’s website, the league invites around 250 sophomore to senior eligible collegiate players from over 90 different schools to compete in the summer league that first began in 2003.
Schmidt and the Flying Chanclas open their season June 30 in Amarillo. The first game in San Antonio is on July 3 at 7:05pm against the Acadiana Cane Cutters (okay, I admit, that’s a good nickname too).
Managing the Flying Chanclas is former major league manager John McLaren. McLaren has coached professional baseball for 50 years including stints in the Major Leagues as the field manager for the Seattle Mariners and Washington Nationals.
The more interesting name associated with the coaching staff however is pitching coach Calvin Schiraldi. Schiraldi pitched collegiately for the University of Texas, earning College World Series MVP in 1983 while leading the Longhorns their fourth National Championship. He was also a teammate of Roger Clemons during that time.
With Connor being a pitcher, most of his direct coaching will come from Schiraldi. With the NCAA 2020 baseball season canceled, Schmidt last pitched for St. Mary’s in 2019. In 11 appearances that included six starts, Connor was 3-2 with a 4.62 ERA. Pitching 48.2 innings, Schmidt struck out 35 while walking 24.
Taking a look back at Connor’s Warhorse days will have people shaking their head in disbelief at the phenomenal stats he put up while on the mound. In three seasons on the varsity roster, Connor posted a 19-4 record with 179 strikeouts and only 39 base on balls. With 132 innings pitched, he allowed an incredibly low 1.52 ERA. Coach Villa may want to check if Schmidt has any high school eligibility left…
For more information on the TLC and the Flying Chanclas, check out their website at www.texascollegiateleague.com.
Connor is the son of Gary and Pam Schmidt of Devine. He has one sister, Alyssa.
By Jerel Beaty
Staff Writer