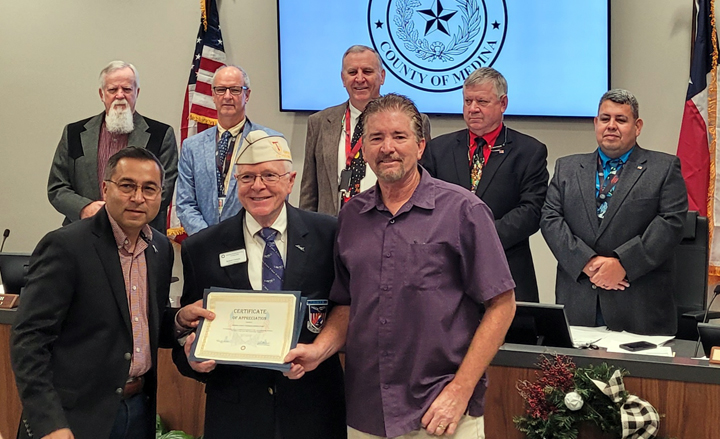 Approval of Public Notice for Approval of Lease Agreement with Hank
The court then made a motion and approved the creation of a public notice to eventually approve a Lease Agreement with Hank, Inc. This will allow HANK Inc to open its 3rd community foster home in Medina County. More foster homes are desperately needed in our region and HANK is doing everything they can to help meet that need and other needs of children in care of DFPS.
“We wanted to give the space to anybody that has a need or want to build a building that will be taking care of children that are neglected, which generally makes HANK the winner,” Judge Schuchart said.
Approval of Contract with CANCO Over Public Defender’s Office Renovations
Starting the conversation on the approval of the ratification contract Medina County had made with CANCO Construction for renovations for the Public Defender’s Office (PDO), Judge Schuchart began the discussion by specifying the project plans to the court.
“As you can see, they’re charging us $42,000 to redo over on the east end of the courthouse where two clerks’ offices are,” Judge Schuchart said. “We’re building out offices for the Public Defender’s Offices so they’re not all framed up on the third floor and CANCO is actually almost finished with that job.”
Judge Schuchart further explained that the $42,000 is only Medina County’s portion of the project to pay and that starting January the County will begin billing the PDO for their portion of the total, giving Offices two ways to eventually pay back the total.
“We’re going to start collecting rent from the PDO so we have a choice,” Judge Schuchart said. “We either let them pay it out and build it out or rent it. Rent is a better deal.”
Approval of Contracts Templet and Initial Distribution of ARPA Funds
Medina County received 2 million dollars in American Rescue Plan Act Funds. On Nov. 3rd, 2021 during a Special Commissioner Meeting the Medina County Commissioners Court approved several broadband and water providers those funds would be divided between, with plans to create a contract to ensure proper use of the money set for a later date.
When addressing these contracts written by Medina County, Judge Schuchart noted some key rules the providers would be working by.
“Medina County reserves the right to cancel the contract with any of these people at any time…I told the water providers that I met with Monday and the three broadband providers I met with yesterday that the rules are that you can only use it for capital improvements,” Judge Schuchart said. “We’re not using it for labor, we’re not using it for property expenses, if you lease ground you’re paying for that lease out of your money, not ours.
Schuchart explained that the money would be split between eight water providers, with the biggest providers of those selected getting around $700,000 to $800,000 and smaller providers getting around $15,000 with a chance to receive more if they are in need of a generator. For the three broadband providers the rules are a bit different, with each getting $200,000.
“You’re going to build towers, you’re going to build equipment, you’re going to build generators and you’re going to buy things that by law, you can capitalize on,” Judge Schuchart said. “That’s how we don’t get into people saying ‘I’m going to give my person a raise for doing this or that.’ The other rule is, if you don’t follow that rule we have a right to terminate.”
The County plans to further ensure the money is used in the correct way by having providers show receipts and proof that they’ve done the work before they are given the money, a plan and contract approved by the court.
Resignation and Appointment to Medina County Tax Increment Reinvestment Zone
Following this, the court approved Commissioner Tim Neuman’s resignation from the Medina County Tax Increment Reinvestment Zone No.2, a position Neuman only spent four years in despite his term lasting from January 1st, 2017 to March 11th, 2023.
Immediately after this approval, to take Neuman’s place, the court took and approved the action to appoint Logan Marrs to the now vacant position. Having graduated from Texas State University with a major in Exercise and Sports and a minor in Business Management, Marrs also worked as the former project Manager for HLH Properties since February 2021.
Emergency Service District Re-appointment Requests
With both individuals in question agreeing to serve another term, the Medina County Emergency Service District #5 (MCESD) requested that the court consider re-appointing Cathy Gonzalez, serving as MCESD #5 Treasurer and Elizabeth K. Cargile, serving as MCESD #5 Secretary to their positions.
MCESD #5 also requested that the court consider appointing Maria Sanchez to their Board of Commissioners. Sanchez had originally served on the Board from 2014 to 2020 but had resigned after temporarily moving to another state for family reasons. Now returned, the Board requested that she be allowed to re-fill the position she had left that had remained unfilled since she left. Both requests were approved.
Speed Limit Public Hearing Notice Authorized
The court authorized the advertisement to the public for the public hearing to reduce the speed limit on County Road 468 between County Road 468 and County Road 4516; Located in Precinct 2.
Annex Building Change Order Approvals
The court then moved on to approving several change orders regarding the construction of the Courthouse Annex. These five change orders included requests such as providing electrical devices and cover plates to match existing ones, adding separate timer/switches to admin exhaust fans and providing roof drain covers. All proposed changes added together left the total at $36,055.
Executive Session
Lastly, the court then went into executive session to consult with their attorney over pending and contemplated litigation and regarding the deliberation of real property, eventually re-opening the meeting to approve actions discussed.
By Christian Toler
News Correspondent