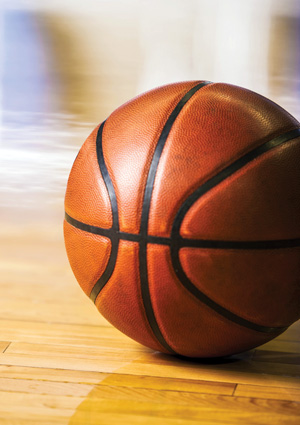 After the national anthem was performed by a Dilley flutist and a last-minute talk from their coach, the Arabians stepped out onto the court. Starting for Devine was Lacey Shook, Macey Hein, Yessika Garza, Kadence Yeats, and Liah Romero. The Lobos were 2-6 and fourth in their district with an overall record of 5-15. The winner of this game will play La Feria. The Lionettes took second in their district behind Rio Hondo with a record of 5-2 in district and 13-9 overall. La Feria beat Calallen 37-34.
Jumping for tip off was Romero and the ball went straight into Hein’s hands. The Lobos ran their offense from well outside the three. A three-pointer from Lacey Shook were the first points for Devine. Rebounding under the basket, Yessika Garza put the ball in the basket, 5-0. After a 30 second time out, the Lobos brought the ball down court but struggled with the Arabians tough D. Coach Sessions called a play change from the bench; Hein swished a jumper. Hein stole the ball again and laid it up for two. Kadence Yeats sank a three after a loose rebound found her and Devine was up 12-3. Making long passes down court put the ball in Garza’s hands for an easy basket. The Arabian defensive pressure stopped the Lobos attempts at scoring and Mackayla Schnautz tied the ball up multiple times, passing into the key for two from Garza’s jumper. Hein grabbed a loose ball and drove down but was fouled shooting. Rebounding, Denise Contreras sank a basket under pressure and the first quarter ended 21-6.
The Lobos started the second with a little more fire than in the first and Devine did not score until Garza sank a freethrow, 22-8. Inbounding under their basket, Contreras found a hole for a basket and drew the foul to make it 24-10. Passing the ball around, Shook found an opening for a three-pointer and then Hein stole the ball for another layup. Schnautz tied the ball up under the Lobos’ basket but when they had the ball, the Lobos could not convert it into a basket. With the Lobos making mistakes due to frustration, the Arabians tried to keep it light and have fun. The Lobos had two offensive fouls on two possessions and with seconds left on the clock, Devine ran out as much as they could before attempting a basket. The quarter ended 31-15.
To open the third, both teams had a couple of possessions before Hein stole a pass and Garza was fouled shooting after rebounding the ball. Making one of her freethrows, the ball went back down to the Lobos basket for a basket and a free throw, 32-18. With an injured wrist, Hein was still key to the Arabians, and she showed she could still shoot with a three, 35-20. With the Lobos slowly closing the gap, Devine started using their full court press. Shook dove for a ball and the refs call of a Lobo block upset parents on the other side of the court. Now with less than 10 points separating the teams, Devine really started to pick up the pace of their game. Finding a hole Garza drove in for a basket and the foul. Hein brought the ball down to set up the offensive play which ended with a three-pointer from her, 40-26. A mess under the Arabian basket fouled Hein who added two freethrows. Shortly after that, Garza stole the ball for another easy Arabian layup. The Arabians ran out the clock to end the third 44-26. The second half of the quarter the Arabians’ lead grew from 9 points to 18.
After one foul, the Arabians were in bonus to shoot 1-1 in the first seconds of the fourth. The Arabian defense was aggressive and even with a sore ankle, Contreras came up smiling after fighting (and winning) for a jump ball. The Arabians did not get on the board in the fourth until Hein found a hole for two, 46-27. Then Schnautz put a quick two on the board with a layup, 48-31. Stealing a pass, Garza passed down court to Shook for another layup. Hien slapped a pass down and did what she does best, ran down for a layup, 52-31. Garza, with four Lobos surrounding her, grabbed the rebound and sank a jumper. With 2 mins left, Coach Sessions put his bench in for the play-off experience. With the fresh players, Devine held the Lobos to just two points in the last two minutes. And while running their offense, Shook drove in for two, 56-33. At the buzzer, the Lobos sank a basket to end the game 56-35.
“The girls played well in the Uvalde game to open up the playoffs. We got off to a really good start in the first quarter and were definitely the more aggressive team early. In the second quarter, we got into a little foul trouble and lost a bit of our momentum.
In the second half, we found our rhythm in the 3rd quarter and got back on track. It wasn’t our best shooting game, but we did a great job of getting down the floor and creating open shots. We rebounded well and we created some turnovers and that got us going. In all it was a great win. It is always exciting to advance on to the next round of the playoffs,” added Coach Jim Sessions.
Lacey Shook 12 points, 1 rebound, 5 assists, 3 steals, 1 charge. Macey Hein 21 points, 1 rebound, 2 assists, 5 steals. Kendall Marek 1 rebound, 1 steal. Yessika Garza 14 points, 7 rebounds, 3 assists, 1 steal. Kadence Yeats 3 points, 3 points, 3 rebounds, 1 assist, 3 steals. Mackayla Schnautz 2 points, 3 rebounds, 1 assist, 1 steal. Denise Contreras 4 points, 1 rebound. Cece Martinez 1 rebound. Liah Romero 10 rebounds. Q1 21-6, Q2 31-15, Q3 44-26, Q4 56-32. FTP 42%.
By Dicy Chambers
Sports Writer