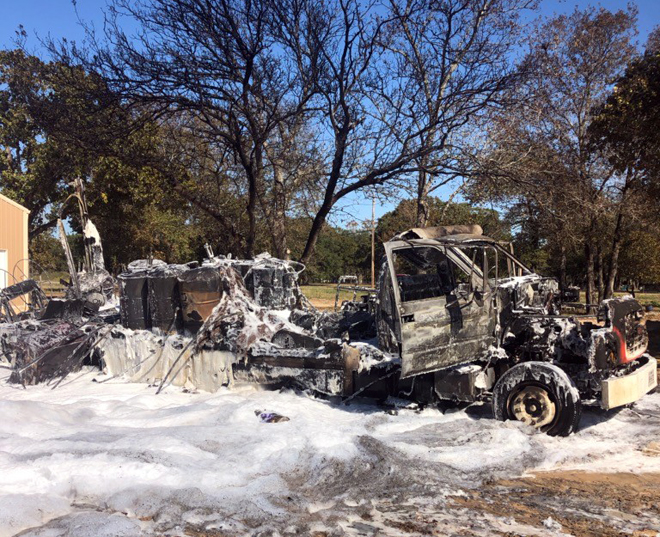 Two men suffered significant burn wounds in a terrible accident this Monday, November 11 on County Road 6868. First responders received the call around noon, and both men were transported for injuries in the fiery blaze that ensued as they tried to pour gas into a generator inside the trailer.

“Both of the men went inside an enclosed U-Haul trailer at a jobsite on CR 6868, to put fuel in the generator. The generator was running, and when he took the cap off the gas tank, it ignited from the exhaust. The trailer was fully engulfed in a matter of minutes,” said Natalia VFD Fireman Corey Bradley.
Thankfully both of the men were able to escape the burning trailer which was in the Forest Woods Subdivision, and firefighters were able to keep it from spreading to area homes.
“EMS arrived and took one by ambulance, and Devine VFD landed a chopper at the baseball field for the second man who was airlifted, and assisted us at the scene as well.” FF Bradley added.