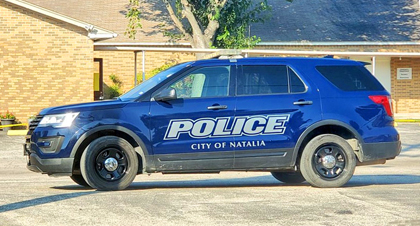 We are alarmed to report that burglars and vandals seem to be targeting area churches. We know of at least four churches in Devine and Natalia that have been the victims of burglary and or vandalism this past weekend. Crimes have included everything from stolen electronics to slashing tires.
According to Devine PD, two churches were burglarized in Devine this past weekend, reporting that “electronics and musical instruments were taken.”
One church in Natalia has been broken into six times in the past year and a half, including this past weekend as well. Another Natalia church has had two tires slashed on separate occasions, and a shed broken into and items taken again this past Sunday.
“We’ve had a TV taken, a VCR, 3 doors kicked in, a lawn mower…It’s really more vandalism and destruction than anything, but it’s very frustrating to spend money on repairing and replacing silly things instead of being able to spend it on our ministry,” said Pastor Leonard Dossey.
Vandals also left obscenities written on the windows of the church.
“I am sure it’s probably someone who is homeless or needs help. Now, we are having to look into updating our security system instead of spending our time and money on our ministry, and how much is that going to cost?”