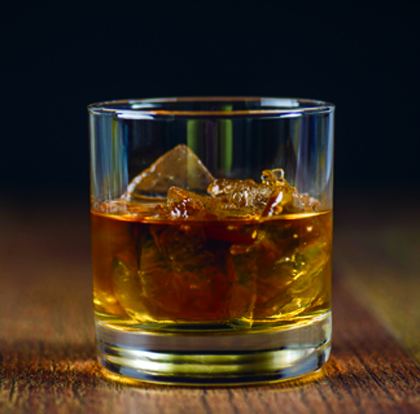 The proposed layout of the Devine Municipal Golf Course clubhouse may change after City Council unanimously approved beginning the process of applying for a liquor license with the Texas Alcoholic Beverage Commission (TABC).
“From what we hear from other golf courses, it is their moneymaker,” Interim City Administrator Dora Rodriguez said.
Rodriguez said the license would cost around $6,000. The City already has a beer license.

District 5 Councilman Cory Thompson pointed out that the clubhouse renovation layout previously approved by Council only features a small bar intended to serve food.
In addition, the plans call for the clubhouse to be able to be sectioned off into a golfers’ lounge, meeting room, and restaurant area via sliding barn doors to allow multiple groups to utilize the building for different reasons at the same time.
In its current location, access to the bar would be restricted if the restaurant area was booked for a private group.
“So are we going to go ahead and get with the architect and rework the layout of the bar placement, or are we just going to get rid of the food altogether, or the party situation altogether?” Thompson asked. “How is that going to work?”

Rodriguez said she’d spoken to Lyndsay Thorn, the architect the Council approved to design and oversee the project, about the prospect of a liquor license, and that he was aware of the situation.
Thompson said he thought serving liquor in the clubhouse was a good idea, but that, “The reality is that the layout that’s in there is not going to work.”
He also raised the prospect of a bartender’s salary.
“Bartenders are going to be somewhere between $45,000 and $60,000,” Thompson said. “If you were doing the same job in San Antonio at a high-end hotel or high-end restaurant, you’re going to be making $100,000 a year. It’s not unusual for them to make $200 to $300 a night in tips.”
“Do we still want to apply for this liquor license?” Mayor Bill Herring asked.
“If we want to be competitive with all the other [golf courses],” Rodriguez replied.
A motion by District 3 Councilman David Espinosa and District 2 Councilman Steve Lopez to begin the process of applying for the liquor license and talk to Thorn about possible changes to clubhouse’s bar area passed 5-0 with the support of District 1 Councilman David Valdez, District 3 Councilwoman Jennifer Schott, and Thompson.
Council was set to consider changing the bar area at the Regular meeting scheduled for press day on Tuesday, July 16.
By Marly Davis
Staff Writer