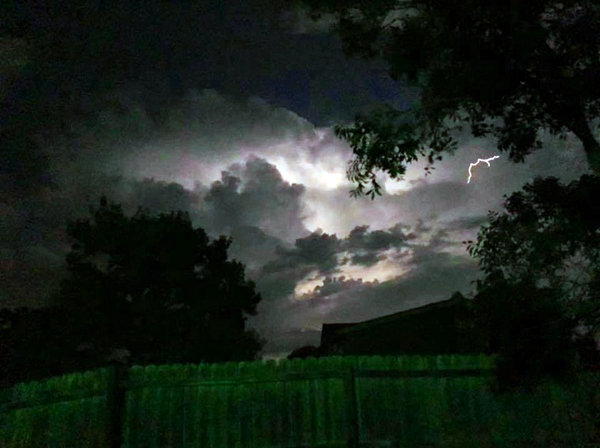 The fire department was toned out for two lightning strikes during the storms this past Sunday night/Monday morning, June 15.