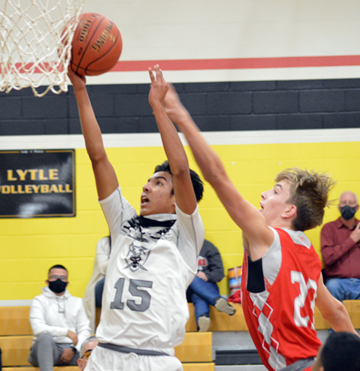 The Lytle Pirates opened their district play against Cotulla and Jourdanton last week. Going 1-1, the Pirates fell to Cotulla 57-83 but beat the Indians 75-69. The Pirates beat Jourdanton despite being down two players because teammates stepped up and proved that they were ready to play hard.
“With two district games behind us, we still have a lot of work to put in as district play continues. If we stay healthy and avoid quarantine issues because of Covid, this team can battle for the district championship and make some noise in the playoffs,” said Coach Jacob Hernandez.
Now 9-4 overall and 1-1 in district, the Pirates will face Poteet on Friday, Karnes City on Tuesday, and Poth on January 15th.
By Dicy Chambers
Sports Writer