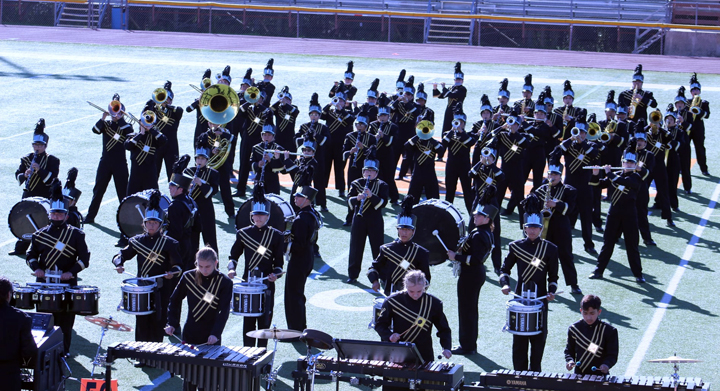 The Pirate Band set sail for their 3rd consecutive trip to the UIL Area Marching Competition this past week.
“After an overwhelming send off including a police escort and lots of support from our Pirate Band Family, we traveled through fog and rain to Beeville,” said Director Joshua Chessher.
The band competed against 29 other 1st division marching bands.
“This incredibly talented group of students did not let us down, they left everything on the field, including new visuals and marching drill that had not been performed at a competition before….It was by far the band’s best performance this year!” Chessher added.
The Pirate band fell short of advancing to finals, but not for a lack of effort.
“Our competitive marching season has come to an end, but our quest for excellence has only just begun,” said Chessher, who took the reins of the Pirate Band program just this year.
“We came home Saturday night to even MORE support from our wonderful Pirate Band Family, in what was a very emotional show of love,” Chessher said.
“Our band, our supporters, and our town have come together as the ‘Pirate Band Family’ in what has completely surpassed my expectations, which is the greatest victory in my opinion.”
If you happen to see a Marching Band kid this, please don’t hesitate to show them your love and support! Don’t Stop Us Now…cause we’re havin’ a good time!