Medina County reported that the number of confirmed COVID-19 cases has risen to 17 as of Tuesday afternoon, April 21.

That includes 9 active cases, 6 recovered, and 2 documented deaths in county residents. At least 4 local residents have ended up needing to be hospitalized at some point during the illness.

The following important issues were discussed during  a teleconference of Medina County leaders and press on Monday, April 20:

When it comes to numbers, there is sometimes a lag in what’s reported by the state.

“So the State is showing that 66 Medina County residents have been tested, but I know that we’ve had 72 tests done within our local clinics and hospital because I call them and keep up with that. As I’ve stated previously, that 72 is not counting the number of people who are being tested in Bexar County,” Mechler said. “I know plenty of people are going to Freeman Coliseum and other places in Bexar County to be tested.”

Of the 72 tests sent off from local clinics and hospital, the county has received 56 results back.  So that leaves them waiting for the results of 16 tests that are still out at this time.  Again, that is only the number of tests sent off by local doctors. 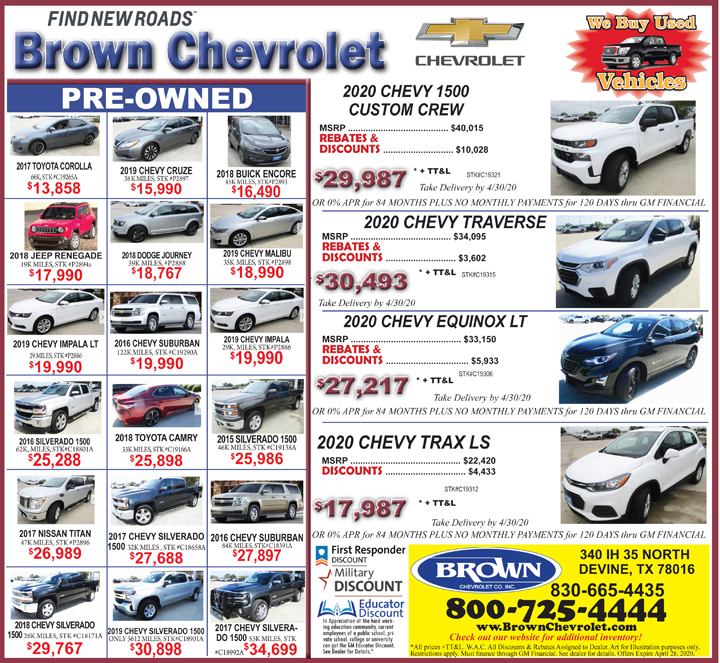 We asked, what happens when a patient with suspected COVID calls EMS and gets transferred to a hospital in San Antonio? When does our county get the confirmed positive?

Mechler responded to our inquiry about the work of local Doctor, Richard Neel, who is successfully treating COVID cases in Medina County.

“I like that Dr. Neel is willing to get out there and talk about the research he is looking at, and about what he is doing. I know people that aren’t even his patients and they are listening to what he’s saying too. I think Dr. Neel is doing great things for us….I have seen Dr. Neel’s patients do well,” Mechler said.

“We could see some type of large-scale testing in the not so distant future,” Lutz said. “We are watching New York and what they are doing there to see. I don’t know if it’s something that will be voluntary or mandatory. If we have 50,000 in Medina County, and they can get 10,000 or 20,0000 tested it will help officials determine more info on re-opening. I think that’s coming down the pipes.”

The projected peak is still yet to come.

“The last I hear, the projected peak is between April 26 and May 5,” Lutz said.

The city of Hondo issued a order requiring face masks in some instances….Is any other city in the county doing that?

“At this moment–no,” stated Judge Schuchart. “I think Hondo’s order is a good order. It should encourage people to put a mask on, and that’s not such a hard thing.” 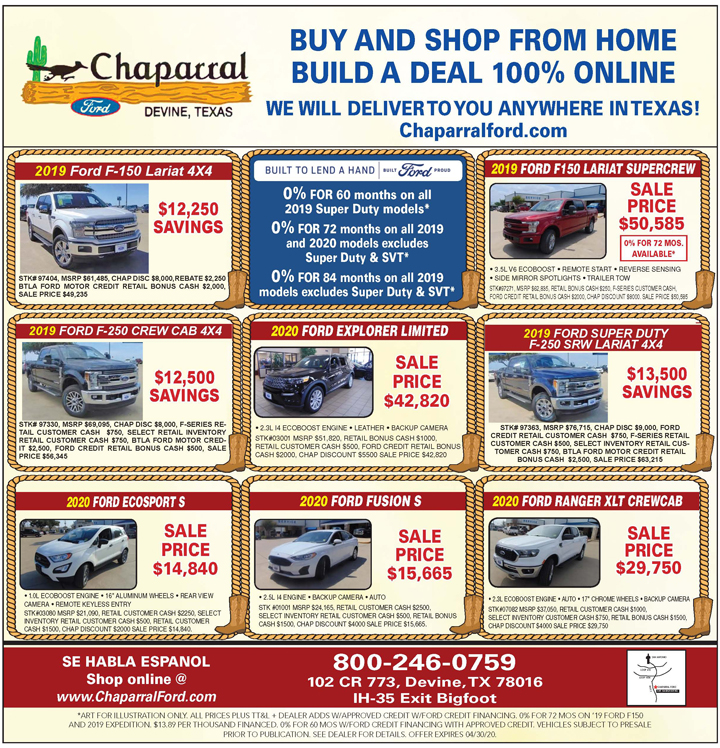 Last Monday Lutz pointed out that we were still seeing a PPE gear shortage county-wide. This past Friday they were able to deliver some surgical masks to area clinics, hospital, fire departments and police departments.

Local volunteer firemen and police officers are often being asked to assist with medical calls to lift assist etc, and sometimes arrive before EMS due to the high call volume so they are in need of proper PPE to keep them safe.

UPDATE as we go to press