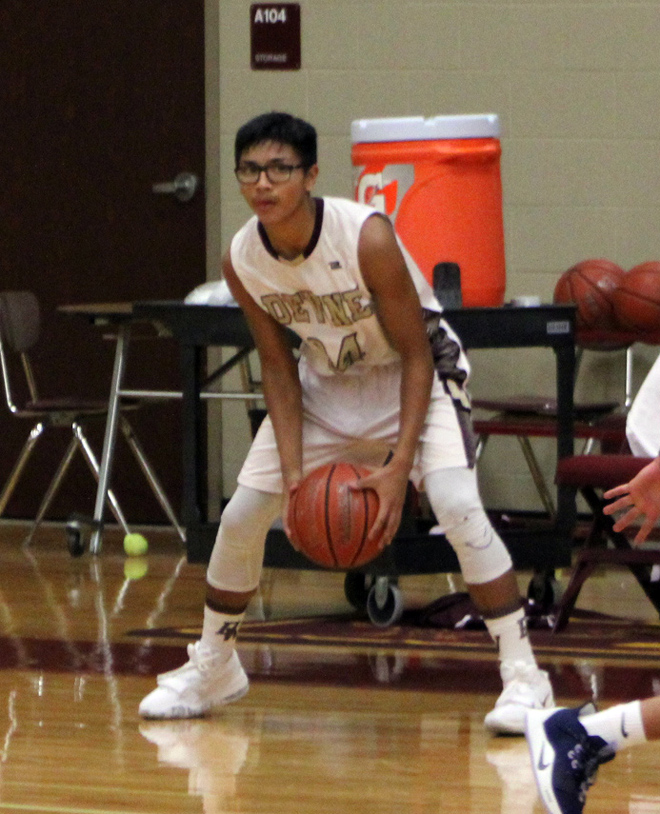 The JV Warhorses faced Bandera at home and after a very impressive night of shooting, they won 78-42. “We shot lights out. It was good playing at home, I was very pleased with how well we blocked out in the first half. We were shooting with confidence and that leads to nights like this.” Coach Evan Eads
They led 23-12 at the end of the first with Colin Dishman sinking 2 three pointers, Xavier Contreras 8 points, Brian Schaefer 8 points, and Chris Ortiz 2 points. The Warhorses continued to move the ball around and shoot from outside to lead 39-16 at the half. Contreras, Schaefer, and Cody Trammell all made threes this quarter.
The JV Warhorses continued to play aggressively in the third with Dishman and Contreras sinking more three pointers. Sage Cruz led the quarter with 7 and Payton Carr had 6 to end the quarter 62-28.
In the final quarter of the game, the Warhorses outshot Bandera 16-14 to win 78-42. Isaiah Morin sank two three pointers and Trammell added another.
Dishman 13. Contreras 13, Schaefer 15, Trammell 9, Morin 6, Carr 6, Cruz 9, Ortiz 7. FTP 40% Q1 23-12, Q2 39-16, Q3 62-28, Q4 78-42.
The JV Warhorses will play again January 3rd in Cotulla and then January 7th in Marion.
By Dicy Chambers
Sports Writer