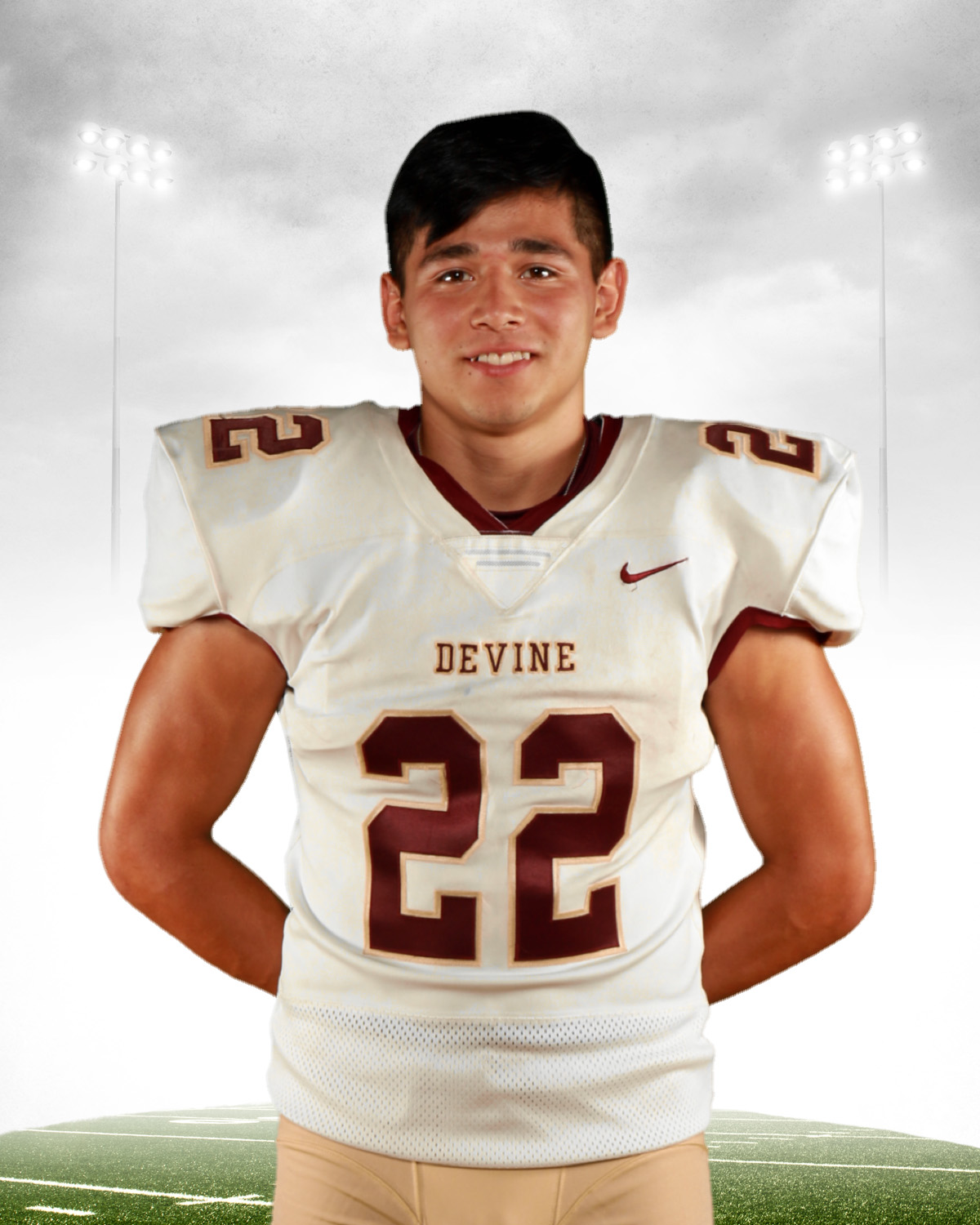 Well, that didn’t take long. Justin Contreras got his first true game action of the season against Carrizo Springs last Friday night after returning to play following an ankle injury suffered in the season’s first game.
The San Antonio Express-News awarded Justin its Defensive Player of the Week award for his outstanding performance against the Wildcats.
According the Express-News, the senior linebacker returned an interception for a 46-yard score and had two strip sacks that were returned for touchdowns in the Warhorses’ 63-21 victory against Carrizo Springs. He also contributed on offense by rushing for 116 yards, including a 63-yard score, on seven carries. He also caught pass for a 53-yard touchdown.
Those stat lines are careers for some players.
Congratulations Justin and welcome back!
By Jerel Beaty
Staff Writer