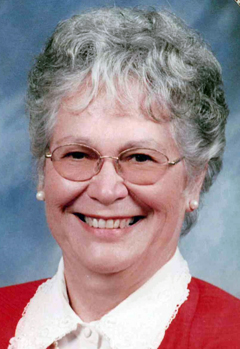 Ima “Jean” McBryde age 92 passed away on March 20, 2022. Ima Jean was born on March 16, 1930 to Dewitt Talmadge and Eunice Black in Alto, Texas. She grew up in the Piney Woods of East Texas, her family moved to San Antonio when she was twelve and she graduated from Brackenridge High School in San Antonio.
In 1948, she married Edgar Wetz and they had three children Ronnie, Debbie, and Craig. They enjoyed their time living in San Antonio and Mustang, Oklahoma. After Edgar’s death, she met and married her Wayne McBryde, and they took up a new past time of square dancing.
Jean is preceded in death by her parents, her son Ronnie, her beloved husband Edgar Wetz, brothers Carl Black, and Wilmer Black. She is survived by her beloved husband Wayne McBryde, her daughter Debbie Dishman and son in law Jack Dishman of Devine, son Craig Wetz of Oklahoma City, sister in law Eunice Black of Fulsom, California; grandchildren: Desra and Damon Dougherty, Bryce and Shari Dishman, Jay Dishman, and Christina Wetz; great-grandchildren: Brooklyn, Payton, Holden, Hunter, Colin, Kelsey, Ellajae, and Jack.
Jean was a school secretary for SAISD for 20 years before retiring in 1990. After retirement she and her beloved husband, Wayne moved to their ranch in Yancey, where they shared their love for the land, animals, and protecting the environment. They later moved into Devine and were members of the First Baptist Church of Devine.
Jean loved spending time outdoors, gardening, crafting, and sewing.
Funeral Service will be held Thursday, March 24, 2022, 10:00 A.M. with visitation starting at 9:30 A.M Hurley Funeral Home Chapel, Devine, Texas with interment to follow at Evergreen cemetery.
In Lieu of flowers, donations can be made to the Alzheimer’s Association: https://www.alz.org/get-involved-now/donate.
Anyone wishing to leave condolences, share memories, or sign the online guestbook may do so at www.hurleyfuneralhome.com Arrangements are under the direction of Hurley Funeral Home 303 W. College Ave., Devine, Texas, 78016, (830) 663-4445.