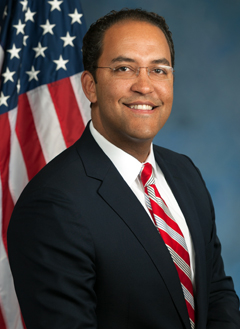 EDITORIAL
Our South and West Texas communities are bearing the brunt of the immigration crisis. When crisscrossing the 23rd District of Texas, I consistently hear that folks I represent are concerned about the influx of migrants and subsequent releases by the Customs and Border Protection. Residents are rightfully concerned about this issue, and the ramifications for public safety and the drain on taxpayer resources. That’s why I took two actions in Congress recently to immediately address these concerns.
We must address the pull factors that encourage the mass migration to the United States we’re seeing. One of these pull factors is our outdated asylum laws. Word gets out through the smugglers and migrant populations on what to do and what to say when being apprehended at the border. Too many loopholes and nefarious motives have allowed people to take advantage of the system and overwhelm the process. The cascade effect leaves more and more migrants with fraudulent asylum claims entering our country every day, taking advantage of our outdated laws. If we’re serious about solving the border crisis reforming our asylum laws is an essential step.
I have a plan to reform U.S. asylum laws, address the humanitarian crisis at the Southern border and provide the Department of Homeland Security (DHS) and other federal agencies with much-needed relief. My Asylum Reform Act of 2019 would overhaul antiquated laws ill-equipped for addressing the current crisis. The proposal will fix our broken asylum system and end the cycle that encourages illegal immigration, diverts resources from those with legitimate claims and, in many cases, actually rewards the kingpin human smugglers who thrive on its perpetuation.
The Asylum Reform Act of 2019 would make several important changes to U.S. asylum laws, including:
Limiting eligibility for asylum to migrants who enter the U.S. at a port of entry, which would discourage illegal entry into the country and ensure Customs and Border Protection can process migrants in a controlled and orderly manner;
Prohibiting migrants who are arriving from a contiguous country (i.e., Canada or Mexico) from seeking asylum unless they have already been denied asylum or a similar protection in that country, ensuring that migrants are seeking protection from our neighbors before entering our asylum process. This prohibition would not apply if migrants are seeking asylum because of persecution or a well-founded fear of persecution in Mexico or Canada;
Codifying the administration’s credible fear standard used to screen migrants seeking asylum to ensure agents on the ground are evaluating the credibility of their statements when making their determination. Currently, 80% of migrants from the Northern Triangle pass their credible fear screening, but only 20% ultimately receive asylum. This change will help ensure that future administrations must take into account the credibility of the applicants;
Removing existing obstacles that prevent DHS from removing asylum seekers to a safe third country;
Deterring frivolous asylum claims by closing loopholes and defining what is considered a frivolous asylum filing; and,
Extending the statute of limitations for fraud and misuse of visas, permits, and other documents that may be used in asylum matters from 5 years after the date that the offense occurred, to 10 years. Given the current backlog of asylum claims, we are rarely able to prosecute these types of offenses.
These reforms would halt the widespread abuse of our current system, streamline our existing processing of these individuals and, most importantly, ensure that our asylum system works for the people who need it most – those fleeing legitimate persecution in their home country. There is still more to be done, and I remain committed to soliciting feedback and doing whatever it takes to solve this problem so we can actually help our communities.
I’m also standing up for border communities by asking for federal reimbursement for expenses incurred by local governments assisting with the ongoing needs of the migrant population. I fired off a letter this week to the Appropriations Committee, of which I am a member, urging more funding for Federal Emergency Management Agency (FEMA) State and Local programs accounts for Southwest border states, and asking that these funds be used to reimburse cities, counties and non-governmental organizations (NGOs) fulfilling the role of the executive branch while dealing with the influx of migrants in their backyards.
Our Texas communities should not be forced to shoulder the costs of dealing with the humanitarian crisis at our southern border. That’s why I am asking for federal reimbursement for our taxpayers. Due to a lack of human resources, DHS has been forced to release thousands of individuals into small communities along our southern border oftentimes without notice to NGOs or local governments. Local communities should not have to bear the brunt of flawed policies at the border and must be fully compensated both for their humane response and for the security of our citizens, who are dealing with an issue that should be shouldered by federal agencies.
The Asylum Reform Act of 2019 and championing a federal reimbursement for localities are my latest efforts to help address the problem at the border. These are only parts of the larger whole, but I remain committed to implementing the over $220 billion I have voted for to fund DHS and improve technology and security at the border. As always, please do not hesitate to reach out to my office with any questions or concerns. We are here to serve you.
By Rep. Will Hurd
TX-23